It’s So Nice To Have You Back Where You Belong 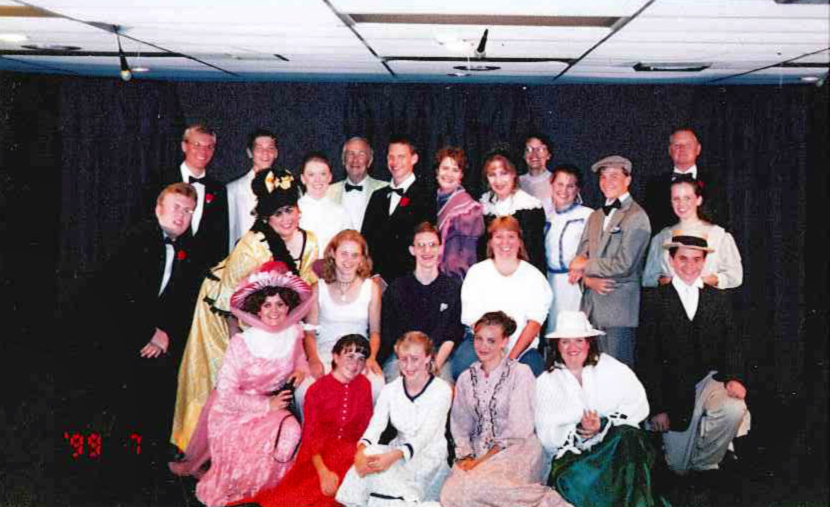 If you’ve been watching social media lately, you know that everyone around QCT is excited about HELLO, DOLLY!. Sets are being built, costumes are being sewn, music and dance numbers are being rehearsed to perfection. There’s a delightful energy that is building for this show and it’s contagious. Perhaps, though, no one is quite as excited about welcoming Dolly being back where she belongs than Artistic Director Brandon Thomsen himself. You see, of all the shows Brandon has directed and loves, HELLO, DOLLY! is his absolute all-time favorite. Recently, I sat down with Brandon to learn why this show means so much to him.

Brandon was in high school when he first heard of HELLO, DOLLY!. He first noticed a poster for the show when the local college was doing it and was immediately intrigued. When he was a sophomore, his high school did the show. “I didn’t know anything about it, so I went to the public library and got the cast album. I was immediately taken in by it.” It was his first exposure to the great Carol Channing as well. He was cast in the show as a waiter and loved it.

While in high school, Brandon was also active in the Watertown Players, a local fledgling community theatre group. He was so inspired by his experience in HELLO, DOLLY! at his high school that he convinced the founder of Watertown Players to let him direct the show for them. It was the first musical the theatre group had done, and the first musical Brandon ever directed.

It was a family affair: “My mom was my assistant, and my step-dad built the set, and we just did one unit set. It was very Shakespearean in that it was just these black walls with green curtains and that was everything.” His brother, who wasn’t generally a fan of the stage, got in on the fun as well, volunteering to be a waiter in the show. “There was such an excitement about it, and this was such a great group of people. They were such characters, and that’s a big part of the appeal to me of HELLO, DOLLY!. These are real, quirky, human everyday people.” He went on to explain, “I think the reason why it appeals to me is that, it’s funny, but there’s so much heart to this and there’s a lot of depth because the people feel real. It’s not just silliness for the sake of being silly; it’s always rooted in a situation. Dolly is fun and lighthearted. It’s not heavy, but it’s real and sincere and touching, and so we can laugh and we might shed a tear for happy reasons.”

Brandon credits that experience with setting him on the path of directing. While he had directed some plays before HELLO, DOLLY!, he had never done anything to that magnitude. HELLO, DOLLY! served to really launch the community theatre group, too, and Brandon went on to direct shows like MY FAIR LADY, THE SOUND OF MUSIC, and THE KING AND I. They moved from performing in a little basement to the local high school auditorium. “It really was the foundation. It was the first musical I was in in high school, and it was the first musical I directed, and it helped launch my career.”

Until now, Brandon hasn’t directed HELLO, DOLLY! since his experience with Watertown Players. “I think I was worried about revisiting this because the production is so dear to me, and I embraced that. I knew it was naturally going to be different. The space is so different, it’s a bigger cast, we have an orchestra, and we are doing full sets. But what’s coming back to me is the spirit of that group, I feel that with this group too. It’s a mix of new people, and some who haven’t done shows in a long time.” He really appreciates the perspectives of the QCT cast. He told me how in one discussion, the cast shared their own experiences with letting the parade of life pass them by, “It was so insightful and beautiful and sentimental, because they started sharing their personal stories of what that meant to them.”