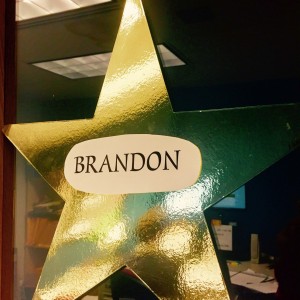 “To be a good actor you must first be a good person.”

Did I grab your attention? It’s been a year and a half since my last Thomsen Talk so I thought I better start off with a bang. In a class that explored the acting philosophies and techniques of Sanford Meisner, I shared with the students his quote: To be a good actor you must first be a good person. Boy, did it get the students riled up! It was a great debate and great discussion. Through discussion, we realized that a good person is one who is aware of other people; a good actor is a person who is aware of other people.

Acting is often misrepresented as becoming another person, but Meisner argued that the character already exists inside of you, and you peel away the elements of yourself that have nothing to do with the character and the story, and what remains is the part of you that is relevant to the story. That’s a scary thought when working on a show like Chicago.

The opening line of Chicago is “Ladies and Gentlemen, you are about to see a story of murder, greed, corruption, violence, exploitation, adultery, and treachery – all those things we all hold near and dear to our hearts.” Yikes, right? The first line of the show pierces us and clues us in to the biting satire in store for us. The point of the show is not to glamorize and validate murder, greed, corruption, violence, exploitation, adultery, and treachery but to call us out on them.

Playwright Maurine Dallas Watkins, author of the original play Chicago, which served as the basis for the musical, was a devout Christian. She was a reporter and journalist in the city of Chicago and wrote a play that would unmask the American people for glamorizing corruption. In my research on the musical, I came across this story and these quotes:

When a professor at Yale Divinity School denounced the original play as “vile” and asked why the “stench” of “that story of life” in our Midwestern capital was allowed to offend “the nostrils of our Eastern public,” Watkins’ reply was this: “I wonder whether, in his sermons, Processor Archer pretends that the world is a rose garden.” Did God Himself, on His visit, never speak of evildoers, thus to unmask their wrongs? Satire isn’t a lecture in dark robes; it’s a fiesta of fun. Your laughter shocks you: so you’ll think twice.

Over the next eight weeks, the actors onstage and the production team will spend hours analyzing and discussing the thoughts, emotions, actions, reactions and motivations of lust, deception, debauchery, and corruption and bring them to life for the audience to experience as well so that they, too, may understand how damaging and fruitless these feelings and actions are. When we work on challenging material, such as Chicago, we become more aware of ourselves and one another. (“To be a good actor who must first be a good person”) When you see Chicago in March, you will see characters making bad choices, played by good actors who are good people.