Students will have the chance to learn from seasoned theatre professionals during August’s Triple Threat Boot Camp and Basic Training. 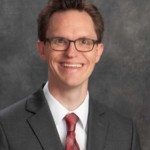 Brandon Thomsen a native of Watertown, WI, was first bitten by the theatre bug while in kindergarten, after seeing a community theatre production of THE WIZARD OF OZ. He attended Wisconsin Lutheran College in Milwaukee from which he obtained a Bachelor of Arts in Theatre. He has gone on to a career in theatre: acting, directing, and teaching. Brandon joined the QCT family in June 2006 as the Director of Student Theatre, and in 2014 he was appointed QCT’s Artistic Director. “It is inspiring to know that the work of a community theatre may cause someone from the next generation to fall in love with the performing arts, just as it did me.” 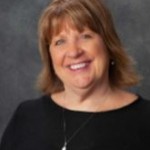 Cheryl Kaiser-Spielbauer has lost track of how many shows that she has choreographed for QCT. “I quit counting after 125!” shared Cheryl. She is the owner and director of Cheryl Kaiser School of Dance as well as the director of the Kaiser Dance Theatre. This past spring, her school celebrated their 40th season and this December will present their 15th production of The Nutcracker Ballet. Cheryl is married to her husband Mark and has one daughter Kristy, and three granddaughters who, along with her son-in-law, all live in Colorado. Cheryl’s mom, Bengta, who is now a spry 93-year-old, is possibly both Cheryl’s and QCT’s biggest fans. 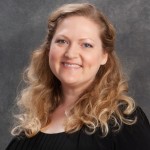 Elizabeth Mannhardt teaches private voice and piano in downtown Quincy, IL with Mannhardt Music Studio. Recently seen both on stage and on production teams at QCT, she has performed, studied, and taught in a diverse variety of styles and locations around the world for the past 20 years. But some of her best memories were made as a student at QCLT and QCT, and most recently as Christine in PHANTOM. Elizabeth is elated to join the Triple Threat team!

Quincy Community Theatre will accept applications from students for its annual Triple Threat Boot Camp (for grades 5-college) through July 12. Basic Training (for grades 1-4) registration is open until July 29 or till all spots are filled—whichever occurs first. 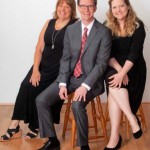 Students are divided into age-appropriate levels. They work in the mornings with professionals to become top-notch performers. In the afternoons, students implement the skills learned to rehearse for a Broadway-style musical revue showcase to be held at the close of the week.

Students who wish to enroll in the Triple Threat Boot Camp must submit a hand-written letter by July 12 to explain why they would enjoy being a part of the camp. Letters should be as specific as possible and include examples of why the student enjoys performing and past experiences with acting, singing, or dance. A class registration form must be accompanied by this letter.

Submission of the Triple Threat Boot Camp registration form and letter does not automatically guarantee a place for the student in the camp. Families will be contacted by July 19 as to whether or not their child has been accepted. Upon the student’s acceptance, payment is due no later than July 26. Tuition is $175 and includes a t-shirt and two tickets to the showcase. 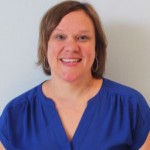 Mindy Holthaus is excited to be joining the Triple Threat Boot Camp team as the Basic Training Instructor. Mindy began her theatre career with Quincy Community Theatre when she was 11 years old. She received a BFA in Theatre from the University of Illinois and her theatre education certification from Culver Stockton College. After college, she worked in entertainment for Walt Disney World before becoming the Theatre Instructor/Director for Alton High School. Upon moving back to Quincy, Mindy has stayed active in the Quincy Community Theatre through performing, teaching, directing, and choreographing over the past several years.

Basic Training is for students entering grades 1-4. Students will rotate between classes in singing, acting, and dancing in preparation for musical theatre performances. Basic Training students will perform in select scenes in the Triple Threat Boot Camp Showcase. Tuition is $120, due at the time of registration, and includes a camp t-shirt and two tickets to the showcase.

Scholarships and donated volunteer credits are available for all ages, camps, and classes to cover a portion or all of the tuition costs.

For more details about registration, scholarships, volunteer payment options, or other classes, visit 1qct.org or call the QCT Box Office at 217-222-3209.

Quincy Community Theatre (QCT) is a major theatrical resource for the Tri-State area, offering five major productions, three student productions, various touring performances, and a variety of workshops and classes each year. Showcasing local performers from the entire Tri-State Region since 1923, QCT uses the combined talents and resources of the community to celebrate, promote, and perform the dramatic arts in its first-rate facility. Quincy Community Theatre is a member of the Quincy Society of Fine Arts, the Illinois Theatre Association, the American Association of Community Theatre, and Arts Alliance Illinois. QCT is a 501(c)3 nonprofit. QCT programming is supported in part by a grant from the Illinois Arts Council. The 2019 Season is sponsored by Gardner Denver. QCT’s 2019 Media Sponsors are Arts Quincy, Herald-Whig, KHQA, Spectrum Reach, STARadio, and WGEM. For information about upcoming shows and classes or to purchase tickets, please visit www.1qct.org or call the Box Office at 217.222.3209.