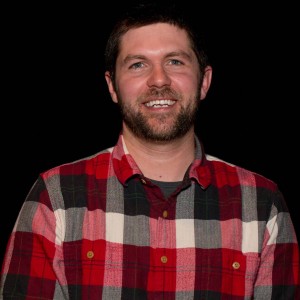 Ever since he can remember, Aaron Speckhart has been fascinated by the art of storytelling. Books, movies, video games, television; so long as there is a good story to be told, Aaron is drawn to listen. Until, of course, he discovered CAMELOT.

Acting is something that has always drawn Aaron’s interest. Naturally so, for what is an actor if not a storyteller? Yet, his first play, a high school production of Who’s Crazy Now, was also his last; or so he thought. Years passed, life moved on, but Aaron’s passion for storytelling didn’t. As it grew, Aaron found himself wanting to learn more about performance. Coincidentally, his opportunity arrived in the form of auditions for one of the greatest stories ever told: CAMELOT.

“Honestly, I didn’t think I was actually going to go through with the audition process,” commented Aaron, “but I was really encouraged by a fellow cast member and friend. I figured if I didn’t get cast, at least I went for it and started the process.”

Not only was Aaron cast, but he was offered one of the most memorable roles in the entire production: King Arthur. However challenging, the opportunity to play the legendary king is one that Aaron has embraced with open arms.

“With Brandon’s creative direction and help from my fellow cast mates, it’s making both me and the show better and better,” observed Aaron. “I feel accomplished when I head home exhausted from rehearsing lines and singing.”

And he very well should. In addition to his regularly scheduled rehearsals, Aaron has made time in his schedule for additional work at the theatre to capture the spirit of this once great ruler. To Aaron, Arthur is a man striving to do the right thing no matter the cost. Only, Arthur can’t seem to accomplish his grand ideas alone; he needs the guidance of loved ones.

“In this regard, I would say I’m very similar to Arthur. I, myself, often struggle to see the right path to take and ask those around me for direction,” said Aaron. “But as far as differences go, I’m not a king…I never wanted to be, and since I am, I’ve been ill at ease—WAIT! Sorry about that. That’s, ummm, something else on my mind.”

All joking (and quoting CAMELOT) aside, Aaron is excited to experience how this production, this story, comes together. Now a storyteller in his own right, Aaron is excited to see how his QCT story, now begun, progresses. As he continues to pursue his theatrical education, keep an eye on the stage; we’re certain you’ll see him again.

Aaron is the husband to a wonderful wife and a father to two beautiful children. His family has lived in the area for seven generations. As a family, they own and operate an outdoor event venue, open seasonally from Spring to Fall. When you aren’t watching him perform in CAMELOT, Aaron highly suggests you check out Sherlock (TV), Tucker and Dale VS Evil (movie), Journey (video game), Codenames (board game), and Michael Crichton’s Prey (book).