Skip to content
Home » Blog » You Won’t Succeed in Quincy

You Won’t Succeed in Quincy 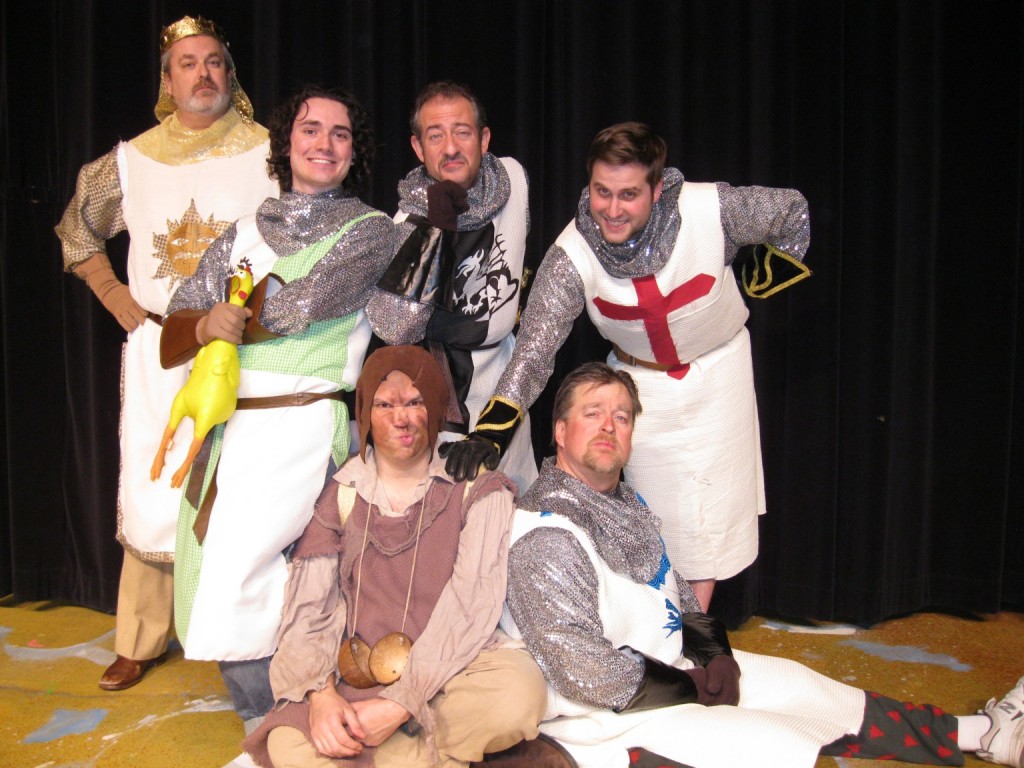 One of SPAMALOT‘s biggest numbers is “You Won’t Succeed on Broadway,” a song about the ubiquity, and indeed necessity, of Jewish people in show business, with the refrain, “You won’t succeed on Broadway if you don’t have any Jews.” As this is largely an American notion, the script contains an alternative for British audiences, changing the refrain to “You won’t succeed in showbiz if you haven’t got a star.” Pre-reading the script before my audition, my only thought was, “Wow. Way to suck all the humor out of the best song in the show.” I prayed that the QCT production would use the original.

In short order, I got the part of Sir Robin and found out that we would indeed be using the alternative. I barely had any time to be disappointed, though, when our beautiful director, who has taught me so much and has made me a better me…I forget his name. Bryan something? Anyway, he explained to the assembled cast what he felt the alternate version could mean in our show: a satire of the American preoccupation with celebrities. To demonstrate, he presented us with lyrics that were used in a recent production which altered a few references to make them more current and topical: Miley Cyrus, Macklemore, Jersey Shore, and so on. Now that I understood the song, I was on board and eager to proceed.

And THEN…then he told the cast – and especially me, since I was the one who’d be singing it – that we were free to rewrite the whole song to make it even MORE current. Oh boy, oh boy, oh boy! Now this show was REALLY speaking my language.

**NOTE FROM THE STAFF: We were granted special permission from the licensing company to rewrite portions of this song. Please do not attempt this at home.**

So, for the first two weeks or so of rehearsal, I devoted myself to rewriting the song. I dissected it, breaking its message into two concepts: gimmicks that won’t work and suggestions for stars we can hire. That was how I understood it – that no matter what you do to attract an audience, it won’t work unless you have celebrities. Armed with that premise, I rewrote the ENTIRE song, turning every line that wasn’t a cultural reference into one, which just goes to show that if you give a man power, he’s bound to abuse it. 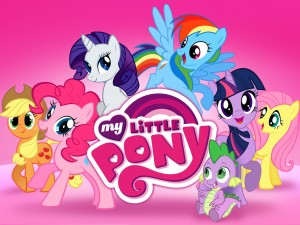 Reception was warm, but my rewrites had to be trimmed, as was only to be expected. After all, there were merits in the original lyrics. When it came to my rewrites, we only kept the ones that were really, really good. So, when you come to see the show, you’ll hear some of my material; references to Iggy Azalea, Frozen, Ben Stiller, and a particularly amazing snippet which, in a single line, tells the story of Tony-winning actress Lena Hall and her recently confirmed status as one of the many, many adults in this world who have professed their love for the cultural juggernaut that is “My Little Pony: Friendship is Magic.” Bronies forever!

Most of the lines that were cut will not be missed: shoehorned references to Bastille, Bruno Mars, 2 Chainz, and other current musicians I became familiar with during my year working the kitchen, listening to the radio all day long. But there are notable exceptions.

A line about Benedict Cumberbatch almost made the cut. It lasted long enough that it’s still on the recording that was made for rehearsal purposes. The idea was for me to slip into a Cumberbatch impression and then back into my Robin voice in a single line. I wasn’t sure I could do it, and when recording it I wasn’t sure I did do it, but when it was played back, I was quite impressed. But, for various practical reasons, the line had to be removed. 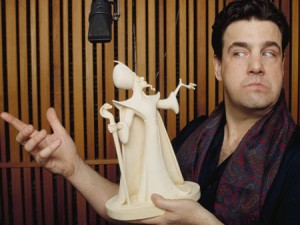 The line I was saddest to see go took the form of a suggested gimmick: “the original Jafar.” It referred to the Aladdin musical currently on Broadway, in which the actor playing Jafar is Jonathan Freeman, who voiced the same character in the 1992 movie. I’ve always been into voice actors, especially those who continue to revisit their characters as years go by, so that line was very special to me. Plus, it was the only line I’d written that rhymed with the refrain, so there was some extra triumph there.

And it was received well by all who heard it, but as it was explained to me, those who laughed at the line were hardcore Disney and theatre fans and the line wouldn’t make sense to anyone whose interests didn’t intersect there. The director, whoever he is, said the song should only include ONE obscure joke that people don’t get. All things considered, I’m glad he chose the Brony joke to keep.

When I was reluctant to let the Jafar line slip away, my director reminded me of a saying used often in show business: “Killing your darlings.” Actually, his exact words were “killing your babies,” but I prefer “darlings.” Much less morbid. What the phrase means is that sometimes, no matter how much you like an element in your story or show, you have to admit to yourself that it doesn’t work and let it go. That’s what’s great about a collaborative art form like theatre. No matter how brilliant you may be, everybody needs an editor, someone to keep your crazy ideas in check so you can be sure you’re creating something that’s for everyone…and not just for yourself.