Walking into a rehearsal or can be daunting enough without feeling like a stranger in a strange land. Like most other professions, the theatre has a lingo all its own. Many actors, crew members, and sometimes even theatregoers are suddenly thrust into this foreign dialect and end up more confused than when they started. Fear no more, for we’ve provided a bit of vocabulary you can study to get you through.

Ad-libbing: making up or adding lines to fill vocal space, such as shouting in a crowd
Apron: the part of the stage that sticks out in front of the curtain (the round-ish part of our stage)
Blackout: when all the lights go out, usually at the end of a scene
Blocking: the physical movements the actors perform
Box Office: where you bought your ticket!
Cameo: a brief appearance onstage, usually by a well-known actor
Call Time: the time an actor must arrive before a performance (it’s an hour before the show begins here at QCT)
Costume Parade: an actual parading of the actors in their costumes to present to the director
Crossover: when an actor walks across the stage, usually without any interaction with the main story in the scene
Cue: the action or dialogue that prompts an actor to perform his/her action or dialogue
Curtain Call: the bows at the end of the show where the actors thank the audience for attending
Downstage: towards the front of the stage
Ensemble: the group of actors that interact as a single unit to tell the story
Flies: the system of ropes and pulleys that raise and lower set pieces from the ceiling 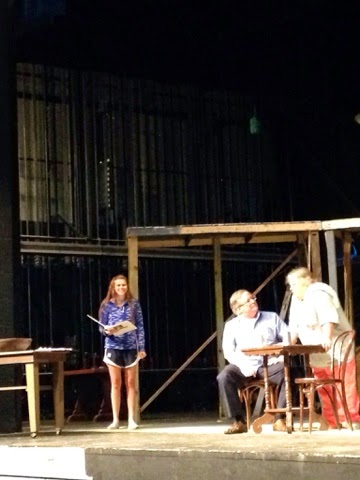 (All those lines behind behind Mackenzie)
Fourth Wall: the invisible barrier between the world of the show and our “real world”
“From the top”: starting from the beginning
Green Room: the room where the actors rest between scenes
Grid: the rails where the stage lights hang high above the stage 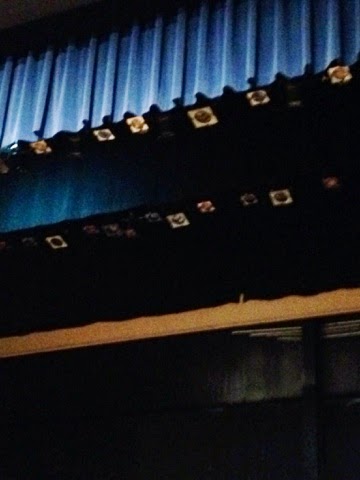 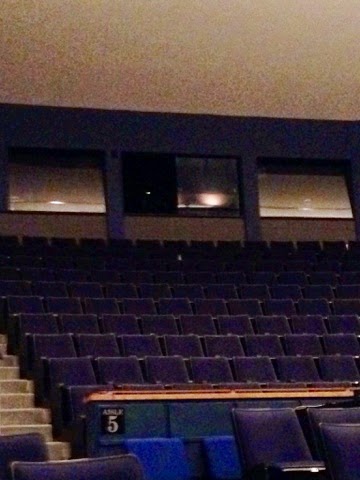 Mezzanine: the part of the house that you climb up the stairs to reach; it’s pictured above
Motivation: the reason a character does something
Objective: what the character wants
Obstacle: what prevents the character from getting what he/she wants
Orchestra: the group of musicians who provide live music; also the part of the house that you walk down the stairs to reach (the seats closest to the stage)
Pace: the tempo or speed of the show
Pit: the big hole in the stage where the orchestra plays 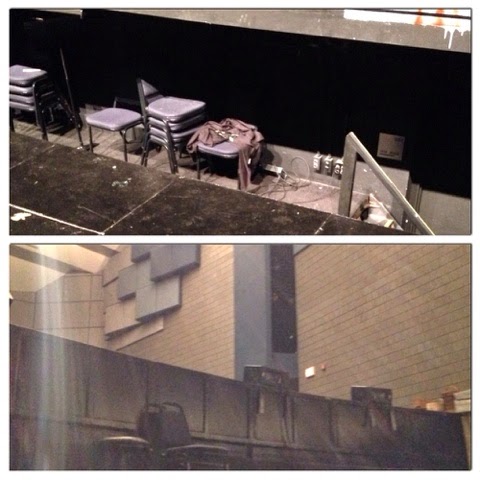 (Views from above and under)
Proscenium: the brick wall/archway that separates the apron from the rest of our stage
Props: things that actors carry onstage to help tell the story 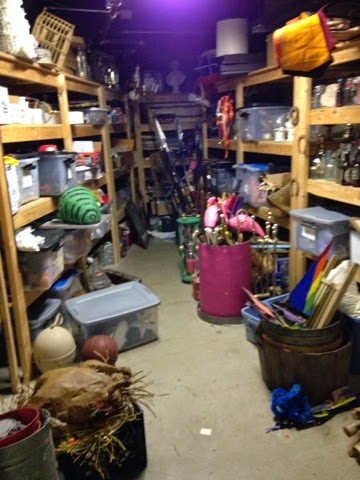 Quick Change: switching from one costume to another in a very short amount of time; every actor’s worst fear
Rehearsal: a practice session for actors, orchestra, etc.
Run or Run-through: a rehearsal for performing the entire show
Scene: one section or chapter of a story
Scene Change: moving the set and getting into position for the next part
Set: the scenery that builds the location and the world of the play
Sound board: all the buttons and doodads that create noise effects and recorded music 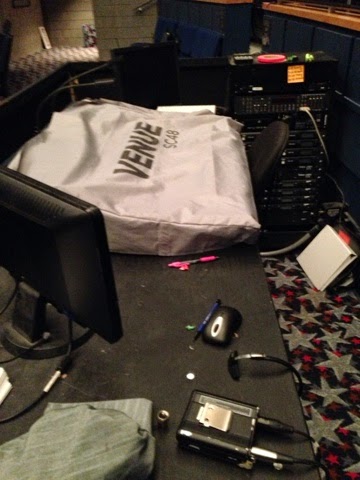 Spike Tape: colorful tape that is laid down to mark where furniture is to be placed (it’s bright so it can easily be seen in the dark)
Stage Left: the left side of the stage when looking at the audience
Stage Right: the right side of the stage when looking at the audience
Tactic: different approaches a character takes to get what he/she wants
Tech: the weekend (and sometimes weeknights) where the entire cast and crew run the show from beginning to end, working out kinks in lighting, sound, and scene changes; usually the week before the show opens
Upstage: the part of the stage farthest from the audience
Wings: the sides of the stage 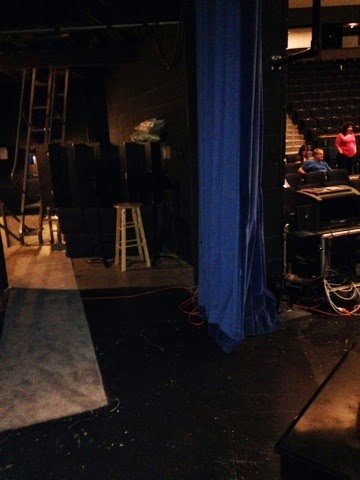