We know that, like the title character in Hamilton, you want to be “in the room where it happens.” Right now, that room is yours! Spend some time exercising your creative muscles, and then share your work with the QCT community. Check out our social media platforms and the hashtag #QCTatHome to find prompts for puppetry, acting, and theatrical design. No matter the age, we encourage you to participate. Let’s connect our community through creativity!

Check out our Facebook page for new #QCTatHome projects, theatre throwbacks, and fun videos each week! See our video submissions and past QCT videos and show commercials on our YouTube Channel. 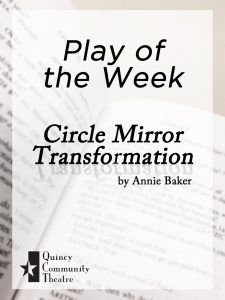 Play of the Week Club

#QCTatHome wants you to join our Play of the Week Club. Twice a month, we will share a script with you to read on your own, and then we will discuss the script in a Zoom meeting!

If you’d like to participate, message your email address to brandon.thomsen@1qct.org
View the scripts here!
Note: password is membership

#QCTatHome is coming to you this week with a Set Design project for you to do at home! Our in-house Scenic Designer Lorne Kelley has put together a video talking about the process of designing a set for a show. Check out the video and sketch out your own design of the opening scene of Beauty and the Beast and send a picture to qct@1qct.org or message us on facebook

Assistant Technical Director, Danny White created a video tutorial of some stage makeup for this week’s #QCTatHome. An actor’s makeup is something that can transform them and bring their character to life! Inspired by the musical CATS, you can use simple colors to recreate this look.

Assistant Technical Director Danny White shares part of the process of creating a backdrop for a QCT production. Using inspiration from “Calendar Girls,” a show coming in 2021, Danny explains how set design can transform a show!

Check it out in the video below. 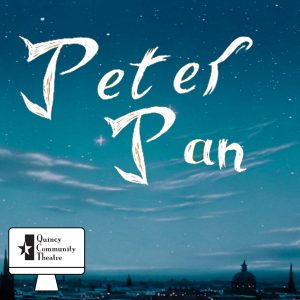 When first presented in 2013, the QCT production of Peter Pan asked the audience to use its imagination to bring the world of Neverland to life in the intimate Lab Theatre. Now in 2020, audiences used their imagination again to experience the story in a virtual format. The nine student actors from the 2013 production, now all grown up, reunited to present a virtual reading of the script. These actors recreated their characters from the comfort of their homes and read the dialogue and stage directions from the script that was crafted especially for the QCT production.
The reading streamed on May 26 through the QCT YouTube Channel

Peter Pan After-Crow
Following the reading of Peter Pan was a Post-Show Talk Back with a live Q&A. The cast, director, and designers reminisced about the original 2013 production and what it was like to reunite seven years later. 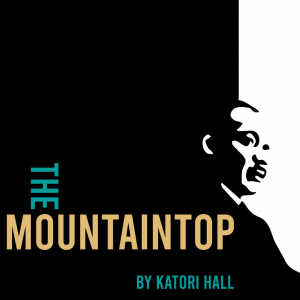 Written by American playwright Katori Hall, The Mountaintop is a gripping re-imagination of events the night before the assassination of the civil rights leader Dr. Martin Luther King, Jr. On April 3, 1968, after delivering one of his most memorable speeches, an exhausted Dr. King retires to his room at the Lorraine Motel while a storm rages outside. When a mysterious stranger arrives with some surprising news, King is forced to confront his destiny and his legacy to his people.

The performance streamed online August 11 and 12.

Following the performance, we hosted a live Q&A with Brandon, John, and Marissa. Similar to our Friday evening Talk Backs in the theatre, the audience asked the director and cast questions about the show.
You can view the Q&A through our Facebook page and our YouTube Channel.

This #QCTatHome activity invites you into the magical world of Disney! Costume design is a vital piece of the storytelling process. Join us as we start to conceptualize costumes for the ‘tale as old as time,’ Beauty and the Beast. Whether it be a candle stick, a tea pot, or a feather duster, we want to see how your design will bring an inanimate object to life on the stage. Send the drawings or photos of your costume design to qct@1qct.org or send us a message on Facebook.

While spending time at home, let’s keep our creative minds sharp! Provided is an open dialogue scene. Bring the scene to life by creating the who, what, where, when, and why. Film your scene and send it to qct@1qct.org. You may see it on the QCT social media very soon! Provided below is an open dialogue scene and an example video. Let’s see how many different interpretations of the same dialogue we can come up with!
#QCTatHome 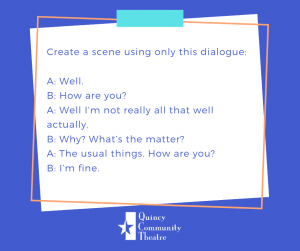 As we learned in our 2020 QCT Spring Class ‘Puppets on a Dime,’ you can make a puppet out of ANYTHING! And now is the perfect time to craft a new buddy to keep you and your family company. Download our Puppet Biography Worksheet and make a short video with your new puppet, where he or she shares 3 of your favorite answers from the Worksheet! #QCTatHome

Email qct@1qct.org your projects or any other fun drawings or videos you’ve made! We love to see how you are keeping your creative juices flowing!