Quincy Community Theatre continues to reimagine theatre. Originally prepared for a live audience, the production of A Christmas Carol has been adapted and filmed for audiences to stream from the comfort of home from December 17-20. This will be QCT’s first fully staged production to be presented virtually.

“We approached this project knowing we had to make some adjustments and modifications based on the pandemic,” said Artistic Director Brandon Thomsen. “While these changes have added challenges and barriers, a filmed version of the show allows our story to be seen by even more people. It is filmed in a way that will give the viewer a sense of being at QCT and quite literally on the stage alongside the actors. It’s truly a unique experience”

A Christmas Carol features six actors who tell the story of the redemption of a human soul. This play follows the ever-powerful story of Scrooge, a lonely miser, who, through the help of spirits and visions from his past, present, and future, finds a second chance to become a loving, generous human being.

“This production was made specially for our community. We hope its message of second chances and kindness will fill viewers with the holiday spirit,” Thomsen added.

Tickets are available at 1qct.org. The production can be streamed beginning Thursday, December 17 at 7:30 p.m. Each ticket includes a specific code that is good for use on one device. Once the code is entered, viewers have 48 hours in which to view the production.

QCT first stepped into the virtual world with is Virtual Playwright’s Festival this summer which featured seven plays by seven local writers and more than 35 volunteer actors who performed in staged readings of the plays. The festival was followed by The Mountaintop, a two-actor piece which reimagined the night before Dr. Martin Luther King’s assassination. The student theatre department presented She Kills Monsters: Virtual Realms. 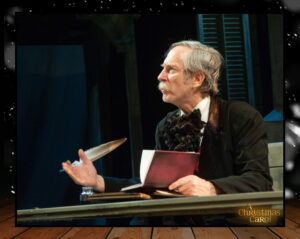 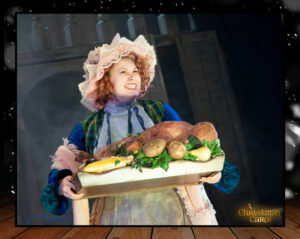 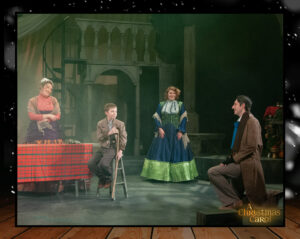 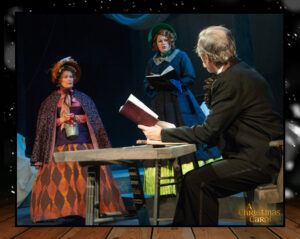