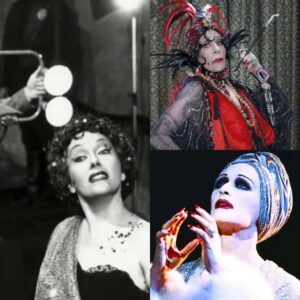 This month’s Thomsen Talk is heavily influenced by Andrew Lloyd Webber. In his musical version of Sunset Boulevard, when faded screen star Norma Desmond pays a visit to her old movie studio, she is flooded with a variety of thoughts and emotions, and she sings “As If We Never Said Goodbye.” I find that I relate to her (not because I used to be big; it’s the pictures that got small!) No, instead, I relate because I, too, after an absence, have returned to familiar grounds. I’m back in the QCT auditorium, directing actors in an in-person play for the first time since March.

I don’t know why I’m frightened

I know my way around here

The cardboard trees, the painted scenes, the sound here

Yes a world to rediscover

But I’m not in any hurry

And I need a moment

When directing five shows a year and supervising an additional four, one tends to lapse into a routine, using the same process and same language. Then we had an eight-month break. As auditions neared, I joked “I hope I remember how to do this.”

It wasn’t like getting back on the bicycle. It couldn’t be. The approach to creating theatre was going to have to be different. In auditions, rehearsals, and performances, people were going to have to stand apart from each other. There wouldn’t be the “going out after Friday night’s rehearsal.” We won’t be holding hands in a circle before going on stage. I was going to have to learn how to direct a big story with a small group of people, while keeping them distanced from each other, while also encouraging connection.

At the first meeting, I shared with the cast my gratitude for their trust in QCT and my sheer joy for being able to do live theatre again. About a week later, a friend checked in with me about the progress of the show, and I replied, “It’s exhilaratingly exhausting.” Each day, my brain is stretched. During rehearsals, questions abound: How can we take a bunch of random furniture and turn it into an 1843 office? What does that line of dialogue mean? How can these characters connect even though they can’t touch? Who is going to move that chair when there are only six actors, and four of them are acting and the other two are offstage changing their costumes? At night, as I lay in bed, I play it all out again and think of new ideas to try, in an effort to make it even stronger.

It’s my job to captain the crew that brings Charles Dickens’ story to life in a way that is thrilling and relatable to audiences. Thankfully, we have an incredible bunch of sailors (continuing with the nautical theme of this paragraph). Alison Shafer, a professional director and choreographer, volunteered to assist with the show so she could be back in a room again, creating art. Drew Quintero, who is slated to appear in Chicago, asked to stage manage so he could get his theatre fix while waiting for Chicago to return. Our tech director, Lorne Kelley, is back with us, as is our costume shop manager, Susan Scholz. Sally McCarl is helping with hair. Jay Trimble is on the sound board; Elizabeth Swick and Sue Allen jumped at the chance to do props; and then we have our ensemble of six local actors, each one committed to playing in rehearsals, keeping themselves safe outside of rehearsals, and diving deep into the text to deliver a thoughtful, emotional, joyful experience to audiences.

Is it different? Absolutely. It’s a “world to rediscover,” and I’m glad it is because it forces me to think carefully, deliberately, and in a new way. Most importantly, it has brought together a group of people who desire to make art and who love QCT.

I’ll give the final word to Norma…..

This time will be bigger

And brighter than we knew it

So watch me fly, we all know I can do it

Could I stop my hand from shaking?

Has there ever been a moment with so much to live for?

…..We’ll give the world new ways to dream.