A Passion for Fashion—from Barcelona to Quincy!

Meet Tania as shares her background, sketches, and process for building unforgettable costumes! 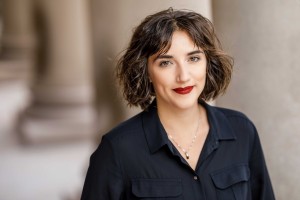 Tell us a bit about yourself.

“I’m a costume designer from Barcelona, Spain. I moved to Indiana two years ago with my husband, who is a biologist from Sweden. I love art, theatre, reading historical novels, and Netflix.”

How did you get started in costume designing?

“I studied Fashion Design and, after 7 years working as a wardrobe stylist for the fashion and film industry, I decided I wanted to design costumes where I could be very creative and change the story in every project.” 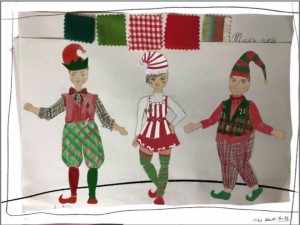 How did the partnership with Quincy Community Theatre come to be?

“QCT was looking for a guest costume designer and I got really interested in the theatre and the community, so I decided to apply for it.” 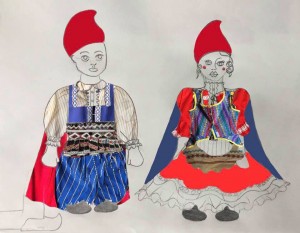 How would you describe your style?

“My background in fashion usually shows on my creations. I’d describe it as contemporary and eclectic.”

“Read the script, analyze the characters, research the period and styles, design outfits, look and pull from different costume sources, build costumes, do fittings with actors, and work a lot to make them look great!” 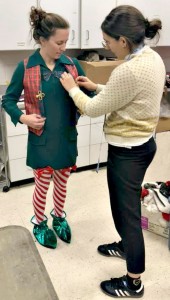 Which designers inspire you?

“Eiko Ishioka, Vivienne Westwood, Leon Bakst, Maria Björnson, Christian Lacroix… are only some of them.”

Do you have a dream show?

“I’d love to design Bizet’s Carmen because it’s one of my favorite operas.”

In October, guests were spellbound by Tania’s designs for QCT’s performances of The Witches. 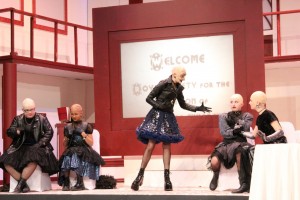 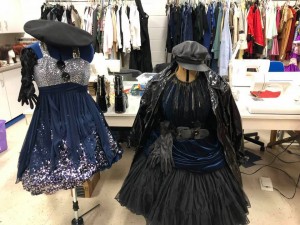 Don’t miss your last chance to see Tania’s creations onstage during QCT’s final show of the 2018 Season—Elf: The Musical.

To be added to the waitlist, patrons are encouraged to email qct@1qct.org or call 217-222-3209 during normal Box Office hours (M-F 10-5). Provide the desired show date(s), the number of tickets, and best contact number. Phone calls will be made to those on the waitlist, should seating become available, until two hours before the performance.

A standby list will also be created for each show. Patrons are welcome to visit the Box Office, open one hour before curtain, to check in for that performance’s standby. Tickets will be released, should they become available, to those in the lobby in the order of check-in.

We reserve the right to release all unclaimed tickets at curtain time (2:00 pm or 7:30 pm) to those on the standby list. Please call the Box Office if you know you will be delayed. 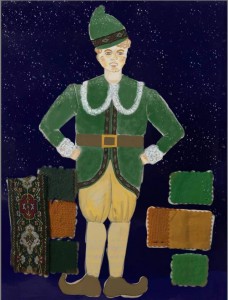