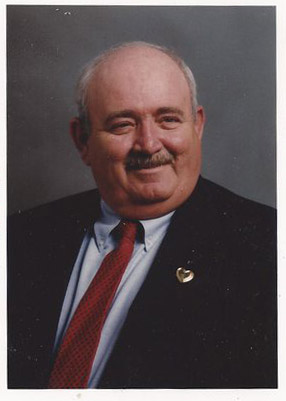 BIG FISH: THE MUSICAL hits home for me on so many levels. One of the most impactful, though, comes from the big fish who was such a huge part of my life for more than 20 years.

My stepfather, Bill Behymer, was a raconteur par excellence. Growing up, I believed every word he said. After all, he was marrying my mom, moving us to Kansas City, and showing us a new life and possibilities that I had never dreamed of growing up in Barry. He told tales of growing up in Hannibal, of his days in high school, of playing football, of playing in a band, of living throughout the state of Missouri while he traveled for work as a union electrician…

My child’s imagination was inspired to believe that life was, indeed, a wondrous adventure.

Fast forward a few years and the teenage me didn’t believe anything he said. And even into my 20s, becoming a father, I questioned it all. So many things – stories, advice, other nuggets – all just seemed so implausible. What was real? What wasn’t?

It caused moments of resentment, and I allowed myself to withdraw and let my skepticism get the best of me. There were times we would go for months without speaking.

And then, my mom said something that really opened my eyes. She reminded me how much love was involved for him to take us all in when he had three nearly grown sons already and how, whenever things went wrong in our lives, he was willing to drop everything for us. And she pointed to words he often used for us: Family is family.

Family was everything for Bill, and he lived those words. Mom was echoing the sentiment of one of the characters I play in the show and pointing out that I just wasn’t really listening to him.

As Bill’s health declined, it became clear that the days I had left to show my appreciation and that I understood what he had been trying to teach me were growing far more limited.

A couple weeks before he died, I got a call from him. He just wanted to talk, so we sat and just shot the breeze for a while. As the conversation was wrapping up, he shared with me the words that I believe every son wants to hear from their father. I’ll remember them always.

Those words I heard, and I have kept them with me since.

When Bill died, we purposefully didn’t have a traditional, formal service. We left things open to allow his friends and other people to talk with us. And while there were no giants or mermaids or circus ringleaders involved, it was amazing to me to find out just how many of those implausible tales really were true.