Posted on February 2, 2018 by Hannah Tallerico 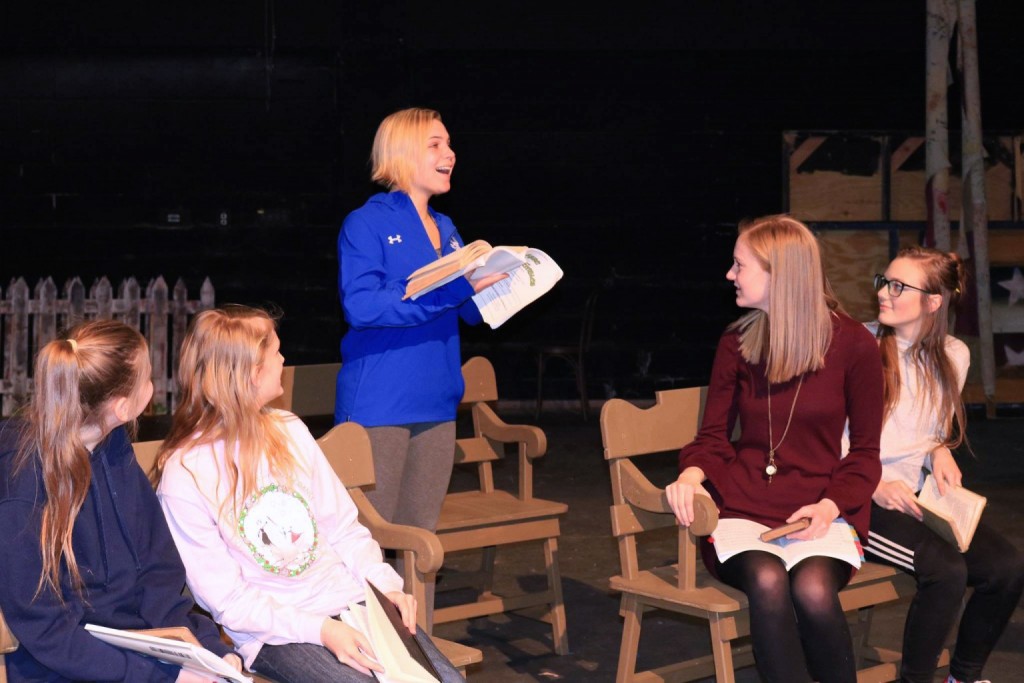 In ANNE OF GREEN GABLES, we have done both. It has been fascinating to watch my castmates add aspects of their personalities to their characters and even more fun to watch their characters influence their personalities. Natalie Clark is a funny person. Not just a slight awkward chuckle at her jokes kind of funny. More like a roll on the floor with tears in your eyes and gasp for air kind of funny. Marilla Cuthbert, the stoic and solemn character she plays in our musical, is not one for jokes. But Natalie has taken her personal sense of humor and enriched Marilla’s lines with endearing undercurrents of wit.

On the converse, Nicholas Lickfield has been influenced by his character Gilbert Blythe. Nicholas is a self-proclaimed “shy dude,” but in the musical Gilbert is outgoing and full of swagger. At our first read through, Nick was quiet and reserved. Now, after months of Gilbert immersion, Nick emulates the personality of his on stage role.

Natalie and Nick are just two of the many that have been influenced by/have had influence on their characters. Being onstage is a great opportunity to explore aspects of your personality that you may not have even known. The best part of becoming a new character is how the relationships onstage spill over into real life. As someone who was extremely new to Quincy, ANNE OF GREEN GABLES provided a unique opportunity to make new friends. After spending hours upon hours developing the onstage relationships between our characters, it was completely natural to turn our onstage friendships into reality.