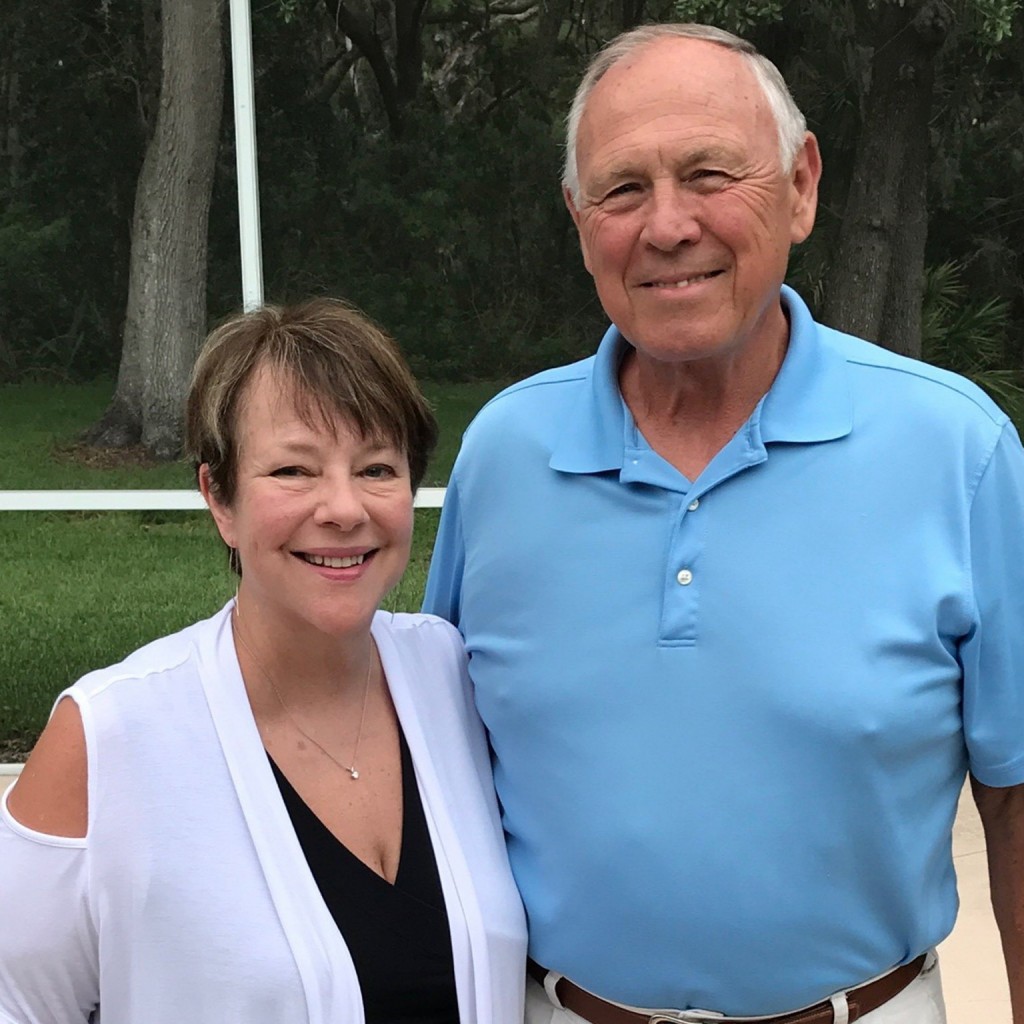 When you become involved with theatre at a young age, it tends to hold a special place in your heart for the rest of your life. Just ask Beth Deters. From student to volunteer to Season Ticket holder, we’ve had the honor of working closely with Beth for most of her life.

Learn more about Beth in this month’s “Spotlight”…

Q: Can you tell us a bit about yourself?

A: I am a retired teacher, married to Rich, a semi-retired owner of Deters Frozen Custard. We have a son, Corey, who is married to Kim. Corey and Kim live in Springfield, IL with our two granddaughters, Kinleigh, 4, and Kamryn, 3. We also have a lovely daughter, Kelsey, the Volunteer Coordinator at QCT.

Q: When did you first become involved at QCT?

A: I was in my first production at Quincy Community Little Theatre when I was 13. Over the years I have played numerous roles on stage, as well as backstage. I have stage managed, done props, run crew, worked on costumes, ushered, worked in the office, and have been in charge of season ticket sales. After Kelsey was born, I moved from being onstage to being a stage mom, although I also appeared onstage with her in one of her first student productions – one of my favorite memories.

Q: We see Rich quite a bit as well! How long has he been involved with QCT?

A: I am sure when Rich met me, he had NO idea what he was getting himself into as far as involvement at QCT. One of our first dates, over 25 years ago, involved processing season ticket orders, which were spread out all over my living room. Whenever I did a show, he was “volunteered” to help with strike. Now that his daughter is working there, he has added set painting and ushering to his list of volunteer activities. He says he doesn’t really volunteer; rather he is volunteered. But he never says no, which is what counts in the end.

Q: Of all the different things you’ve done at QCT, which is your favorite?

A: My favorite thing to do is still to be onstage, with favorite roles in BAREFOOT IN THE PARK, DEATH OF A SALESMAN, DEATHTRAP, SONG OF SURVIVAL, DANCING AT LUGHNASA, THE IMPORTANCE OF BEING EARNEST, I NEVER SAW ANOTHER BUTTERFLY, THE GIVER, and THE WIND IN THE WILLOWS, to name quite a few.

Q: How has QCT changed since you first became involved?

A: Obviously the location and facilities have changed since I started, but the people and the commitment to excellence have remained consistent. QCT has always upheld a standard of quality theatre and that has not changed over all the years I have been involved.

Q: What do you feel is the value of a strong community theatre?

A: I have seen the value of community theatre in my own life from a young age. I have developed self esteem and the ability to speak confidently in public, as well as the ability to talk to anyone about just about anything; in short, I have gained valuable life skills from my involvement in theatre. I have seen those same qualities developed in our daughter, who was basically raised at QCT. She would not be the confident young woman she is today without her involvement in theatre.

Quincy is amazingly blessed to have QCT as a venue for the many talented people who live in this area. The theatre brings joy to so many people, so it is an honor and a privilege to be involved in this organization.

Q: How do you hope to help keep QCT a vibrant organization in the future?

A: Rich and I both feel the theatre is a very important part of our community, which is why we continue to buy season tickets, support the theatre monetarily, and volunteer our time whenever possible.