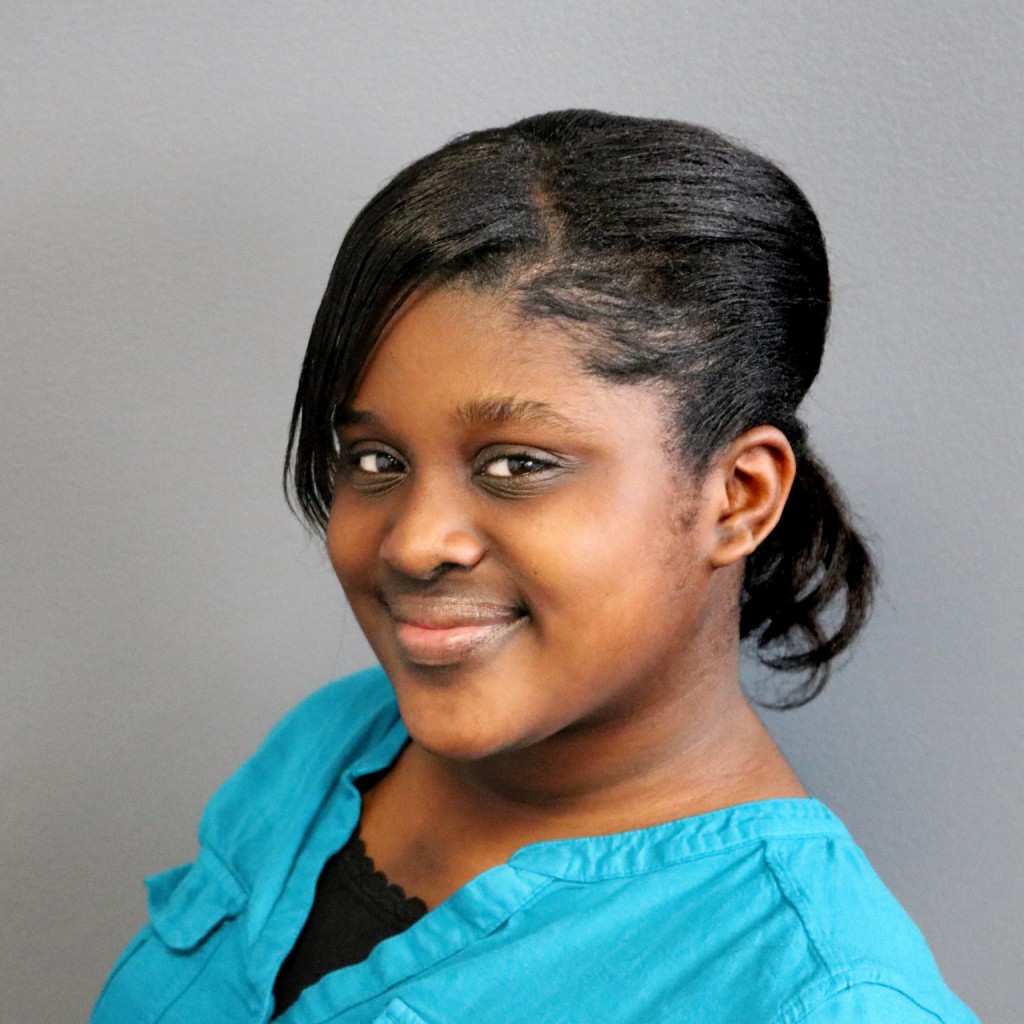 Energetic. Vibrant. Enthusiastic. Our praise for student actress Kimora Johnson could go on and on and on—so much so that we thought you should meet her, too!

Q: Can you tell us about yourself?

A: I am 12 years old and in the 7th grade at Quincy Junior High School. My parents are Kristina Davis and David Johnson. Also, I have a sister named DeJia Hankins. I love to sing, dance, act, bake, and play chess. Some words I would use to describe myself are confident, brave, and determined.

Q:  How did you first become involved with QCT?

A: I was in a Junior High production when Kelsey Celek recommended I audition for the children’s play 20,000 LEAGUES UNDER THE SEA. I auditioned and got the role of Commander Elizabeth Lowshack.

Q: What do you love about performing?

A: I love to get into character. I love to see people’s reactions to what I’m doing. I also love knowing that people enjoy watching me perform.

Q: You play Marion Hawthorne in HARRIET THE SPY. Can you describe the story?

A: HARRIET THE SPY is about a spy named Harriet M. Welsh who wants to be a famous writer. Harriet writes everything about everybody in her secret notebook. She spies on the Dei Santi family, Little Joe Curry, Harrison Withers, and Agatha K. Plumber. One day Harriet loses her notebook at school and her arch enemy, Marion Hawthorne (played by me), finds it. You’ll have to come to the show to see what happens next.

Q: What is the coolest part about this show to you?

Q: Can you describe Marion Hawthorne?

A: My character Marion Hawthorne is a leader and is brave. She is not afraid to stick up for herself and her friends. Marion is the Queen of the sixth-grade and is Harriet’s arch enemy. Also, she loves being the best and loves being in charge.

Marion and I are kind of the same because I’m not afraid to stick up for my friends and the people I love. Also, I am very brave and I am a leader. But I am not the queen of any grade at all. I don’t always have to be in charge.

Q: What do you think people can learn from Marion?

A: What you can learn from my character is that it’s ok to stick up for your friends even when the going gets tough. Also, people can learn to stand up to bullies and never let someone knock you down.

Q:  What can people learn from this story?

A: What people can learn from HARRIET THE SPY is to not talk bad about people behind their backs, because this will turn on you and bite you in the butt. Also, make sure you think about your choices before you make them.

Q: Why do you think people will enjoy this show?

Q: After this, what’s next? How do you hope to continue your QCT story?

A: I hope to continue acting at QCT and pursuing acting not as a career, but as a hobby.