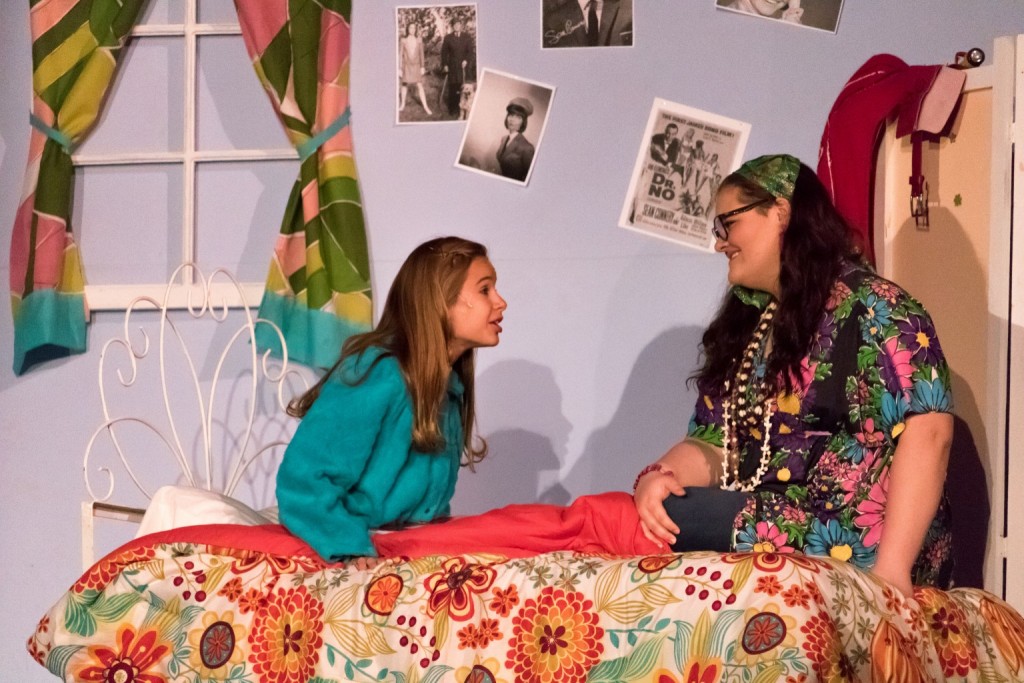 A good spy never gets caught, but should a good spy really record everything she hears, even if it’s hurtful? It’s a question all young spies—and grownups—must answer for themselves, and no children’s novel asks it better than HARRIET THE SPY.

Opening this weekend, HARRIET THE SPY tells the story of an aspiring young writer named Harriet. With the encouragement of her beloved nanny, Ole Golly, Harriet keeps notebooks of her observations. Every afternoon, Harriet practices by following a spy route and recording everything.  Behind the grocery store, climbing the fire escape, hiding in the dumbwaiter, in the school yard—Harriet writes everything down.

But when Harriet’s private notebook is read by her classmates and her snooping is exposed, Harriet discovers that her brutally honest opinions can hurt her friendships and others’ feelings.

“I remember reading HARRIET THE SPY as a kid and having lots of conflicting thoughts,” said Director of Student Theatre Kelsey Celek. “Was it okay for Harriet to spy on her neighbors? Should she have written mean things about her friends, even if those things were true? It was odd but also enlightening to read a story that didn’t give clear cut answers, but instead forced its protagonist down a complicated and very grown-up path. Harriet has to create her own answers about honesty, research, judgement, pursuing a goal, and what to do with what she knows.”

Harriet’s lesson—to choose kindness instead of raw honesty—is a difficult lesson to both teach and learn. Yet, HARRIET THE SPY does it beautifully while cementing a secret, underlying message in the story: follow your passion. Harriet’s determination to write and continue writing, even after being discovered, has inspired generations of children to work hard in pursuit of their dreams.

It’s easy to see why, then, that HARRIET THE SPY has cemented itself at the forefront of children’s literature since it was originally written and illustrated by Louise Fitzhugh in 1964. The story even had the honor of becoming the first film to be produced by Nickelodeon.

Now, Leslie Brody’s skillful adaptation is coming to the QCT stage. And we absolutely cannot wait to share it.