Captain Nemo is…somewhere. I can definitely hear her and Kelsey Celek talking.

If I just cut through here…

Maybe If I go around to…

Is there some way to…nope. 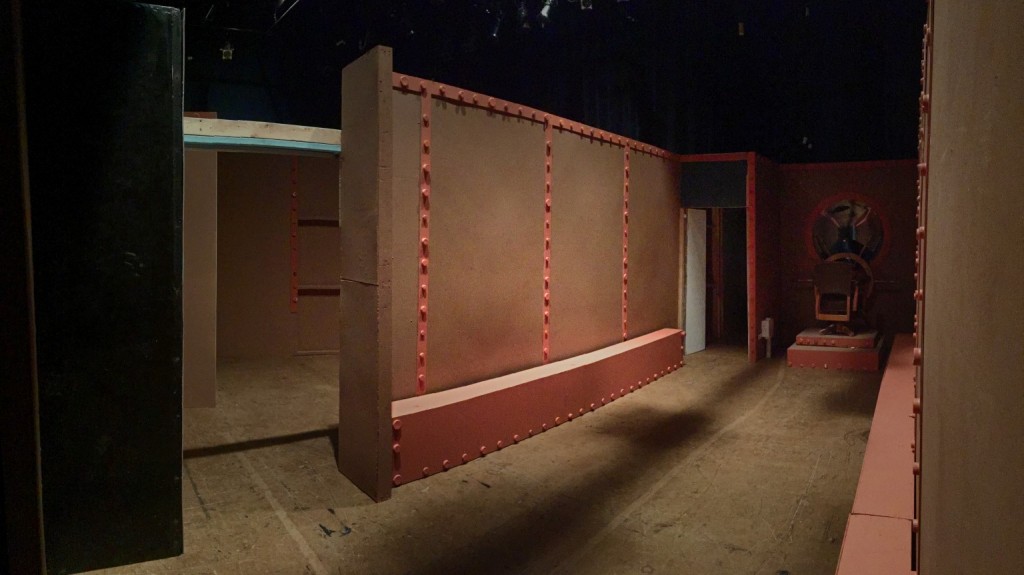 This is the story of my search for Nemo. Not the little orange fish with the lucky fin; the dangerous international criminal with the lucky robot arm. And it’s taking me an embarrassingly long time to do so.

You see, when you work at QCT, you learn the backstage like the back of your hand. Most of us can—and do—navigate the hallways and stairwells in semi-darkness. Paul wouldn’t even hit light switches sometimes; he’d just walk it with no light at all.

The change 20000 LEAGUES UNDER THE SEA has made to our space is so dramatic in places that even I was scratching my head. In fact, a volunteer who has been working on the show asked me for directions to the costume shop yesterday. I know how they feel. Chairs and whiteboards have been replaced with walls and rivets. Every day, a new piece of scenery goes in, a new door goes up (somewhere), you readjust…

…and you have fun.

I’d be willing to bet that, given a pencil and told to draw a “play,” most of us would draw actors on a stage, audience members sitting in chairs, and a curtain to separate the two areas. It’s not so surprising, then, that people end up scratching their heads when they can’t pick seats for 20,000 LEAGUES UNDER THE SEA.

“There are no seats?”

If I just cut through here… 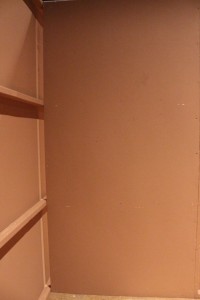 We all have preconceived ideas of how things should be. Before this month, I never thought twice about whether or not I could use the lab as a shortcut. Over the past couple of weeks, I’ve seen the same confusion I felt trying to get to the other side of the lab on the faces of theatregoers who wanted “seats together” or “seats close to the front.” As I explain the concept—that you’re actually a recruit in a secret mission, that the characters will guide you through The Nautilus, that you’ll actually decide how the show ends—you can very visibly see that confusion give way to excitement.

They form a new idea of what theatre can be; not what it should be.

And they, too, start to have fun.

Our test audiences know the play is interactive, but many of them are startled the first time they’re commanded to “GET DOWN.” The idea that you could be “captured” and might need to hide during a play is pretty radical. Once people are in the submarine, though, they learn the ropes quickly. Many even find themselves really loving the experience.