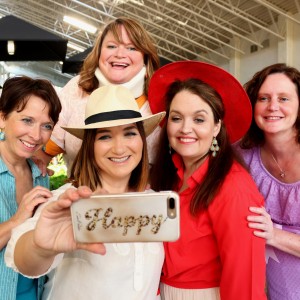 One of the great things about QCT is the opportunity to get to know new people and hear their stories. With the cast of THE DIXIE SWIM CLUB being made up of only five members, it’s been a little easier than usual for me to get acquainted with the cast of the show.

I’ve enjoyed sitting in on several rehearsals the last few weeks, watching as the show takes shape and observing each of the cast members as they develop their characters. One of the reasons I think these ladies are going to be great in their roles is that each of them have experienced some pretty terrific friendships in their real lives, and they bring that with them to the stage.

Camille Donaldson (Dinah Grayson) shared with me, “I’ve always felt that God puts people in your path that are meant to be there.” She made a great friend ten years ago. “I read somewhere that if you’ve been friends over ten years, you’ll be friends for life.” Camille and Kathy started out as running buddies, then that turned into coffee, then that turned into riding together to aerobics classes, then dinner, then a group of friends grew from that friendship. Camille observed that there’s something about working out together that leads to conversations that go deeper over time. Camille is passionate about the philosophy that “friends are family.” She hasn’t always found that everyone shares this same philosophy, but she still feels and practices this in her own life.

Terri Stutheit (Jeri Neal McFeeley) told me about her college friend Jill. Her nickname was Cookie because whenever they crammed for finals, she ate Oreos. They were visually an odd couple – Terri is 5’9” and Jill is 5’1”. One of her favorite memories about college with Jill was when they took a social and country western dance class together. A lot of the football players on scholarship were required to take the class for agility, so it was an entertaining contrast. They would practice their line dancing and two-stepping at the Golden Spike, a local bar, and they became known as the Golden Spike Dancers and they loved it. One of the ways she has stayed in touch with her college friends, as well as friends from grade school and high school is through Facebook. She says it’s been fun reconnecting.  She also observes that there’s something about how those who have spent time together in fine arts tend to have a deeper emotional connections and seem to stay better connected long-term.

Brenda Stalder (Vernadette Sims) told me that she’s actually a little jealous of the way the THE DIXIE SWIM CLUB gets together annually. She and her three best friends in college (Ed, Amy and Kris) do get together now and then, but they haven’t been able to make it happen every year. The group first started hanging out together in 1988 along with their friend Herzog. (Herzog passed away a few years ago. He would have been 50 just a few days ago.) They loved to sing Blood Sweat & Tears and Old Chicago songs with Vodka fizzers at Herzog’s apartment. “I miss them all the time. Being scattered throughout the country we rarely get together as a group, but this play has inspired me to really push for a yearly get together.”

Stephanie Turner (Lexie Richards) has a great friend named Heather, who she met in college. “She kind of got me in touch with my wild side, which was very short lived.” They’ve stayed in touch through the years. Stephanie has four children and Heather has five children. They may not talk all the time, but when they do get in touch, they pick up right where they left off. “She’s just always encouraging. I don’t remember her ever criticizing me, even when she didn’t agree with me.” They get their whole families together to go out to dinner, or have sleepovers at each other’s houses.   Stephanie also told me about another college friend of hers who passed away tragically a few years ago, and how much that has taught her about friendship. “It’s so important. When you’ve got your friends, invest in them. Do your best to get over petty things, forgive, forget, move on with life, be there for one another, don’t expect each other to be perfect, and think about other people before yourself.”

Gale Rublee’s (Sheree Hollinger) best friend Roxanne and some of her friends would get together every year at Eagle Hurst in Missouri. Gale didn’t join at the beginning, but when she did a few years later, it became a wonderful tradition for her. They’d bring their children and they’d have activities for the kids, and the mothers would visit while the kids played. The moms had their own cabins complete with their own bars, and the kids had their own cabins. One of the great traditions they had was to put on talent shows – the kids and the moms. This group had so much fun, but it was bittersweet as well. Roxanne had an autoimmune disease, and eventually passed away. 2011 was the last year they went to Eagle Hurst. “It’s just not the same. We haven’t been to Eagle Hurst since. But the memories are there. We’ve got great videos and fabulous pictures.”

I’m sure all of the cast members have memories and photos of times with their friends, but perhaps Gale’s photo from Eagle Hurst best captures the pure joy of great friendships. 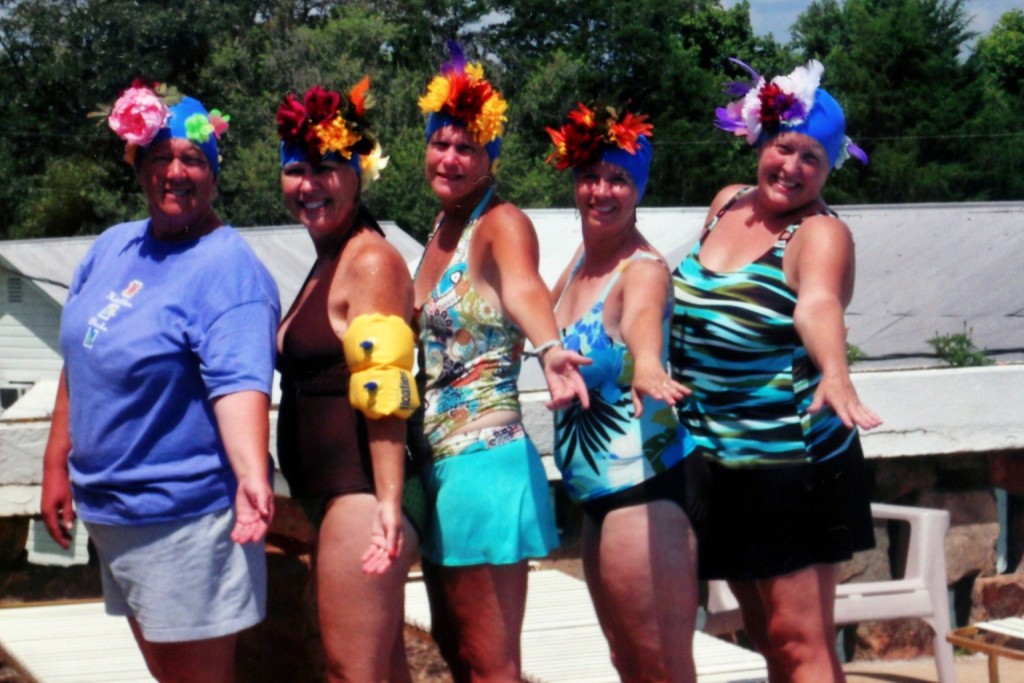