Bing sang to Rosie, “When I’m worried and I can’t sleep, I count my blessings instead of sheep, and I fall asleep counting my blessings.”

I’ve had many restless nights. As a director, I worry what people will think about the show that I’ve poured my heart and soul into for several months. I feel vulnerable. I want the show to be liked by audiences, I want the volunteers to have grown, and I want to learn something about myself as a director and/or person. As I drift to sleep I process the rehearsal or performance that I just came from and think what could have been done differently. It often keeps me awake at night. Well, I am going to take Bing’s advice and count my blessings, and here are some of them from the 2016 season: 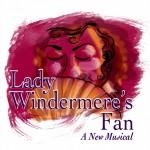 When people came in to audition, they were so excited to be a part of a brand new piece, and that enthusiasm continued into the rehearsal process. 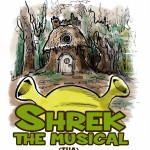 We had so many first-timers at this production – onstage and in the audience.

I peaked in to watch a performance in progress, and I was so taken by a particular scene where I noticed the actors on stage weren’t “acting.” They were genuinely engaged in the scene, listening and responding. I was so proud of these young performers. 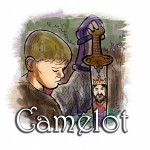 I thought I knew this story well, but at each rehearsal we pulled back another layer. Paul’s set and lights were breathtaking. And this final moment:

Pellinore: Who is that, Arthur?

Arthur: One of what we all are, Pelly. Less than a drop in the great, blue motion of the sunlit sea. But it seems that some of the drops sparkle, Pelly. Some of them do sparkle! Run, boy! 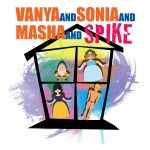 Vanya and Sonia and Masha and Spike:

A big focus in rehearsals was trust: Trust yourself to continue the storytelling while struggling through learning the lines. We talked about finding the flow. Our stage manager Max ordered a “Flo from Progressive” Doll, and when an actor pushed through and stayed in character, he or she was awarded with the Flo Doll because he/she had “gone with the flow.” 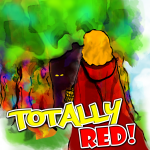 If you saw the show, you’ll know what I mean: Deceiver! Deceiver! 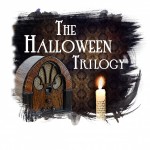 I’m a big fan of theatre in the round, and it was so neat seeing the Lab Theatre breaking the conventional form of theatre by putting the stage in the middle of the room and having the audience sit around it. The sound effects were created live by the actors from tables set up in the audience, really making the experience even more three dimensional. 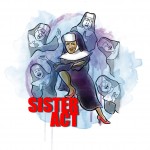 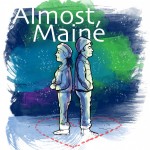 I had an idea for the ending of the show, but I was hesitant to do it. Then one night, we had extra time, and I said, “Bear with me, let’s just try this idea.” I staged the new ending in less than ten minutes. There was a bit of a misunderstanding about where people should enter from, and the “mistake” worked beautifully, and we kept it. Our guest lighting designer James took this staging to the next level. 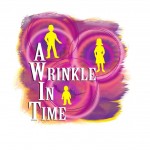 A Wrinkle in Time:

I didn’t know this story at all. I sat in on a run-through, and at the end, I found myself teary-eyed. Love conquers hate. 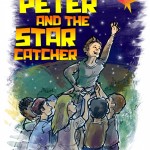 Peter and the Starcatcher:

Playing with this group of actors. They embraced the collaborative, imaginative nature of the piece. “OK, gang, we need to make a crocodile,” and off they went, working as a team trying to figure out how they could create the different aspects of the story.

If I’m worried and I can’t sleep, I’ll count my blessings instead of sheep.

Happy Holidays to all of you.