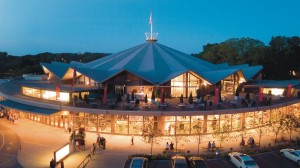 After I left the snowy potato fields of Almost, Maine, I grabbed my friend Dorie Mae (Doris Malacarne to her fans) and crossed the border into Canada to spend a week in Stratford, Ontario. With a population of only 30,000, one might wonder, “Why Stratford for a vacation?” Well, remember, yours truly is no average, ordinary gentleman. While the normal individual might want to spend a vacation fishing on a lake or lounging on a cruise ship, Doris and I spent a week at the Stratford Shakespeare Festival. We saw ten different productions in five days! Yes, that’s right — two shows a day. We would meet for a late breakfast, explore the area, see a show, eat again, see another show, possibly have an after-show beverage, and say our “goodnights.” Lather. Rinse. Repeat.

I wanted to share with you some of the highlights of the trip: 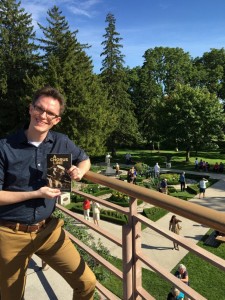 We arrived the day before we started seeing shows, and we walked around the town. Within a few minutes, we were stopped on the sidewalk by an irate patron who had just come out of the theatre and wanted to vent about the production of A Little Night Music he had just seen.

Our first meal in Stratford was a burger with a black bun. In the restaurant, we overheard three different tables talking about theatre. Towards the end of our meal, a large high school group came in for dinner, getting ready to see a show that evening. I pulled out my phone to check my messages, and I looked over at the large group and noticed not one of those students had his/her phone visible. They were all engaged in face to face conversation. I put my phone back in my pocket.

The weather was gorgeous.

Walking along the Avon River (Eat your heart out, Mary Kay!) 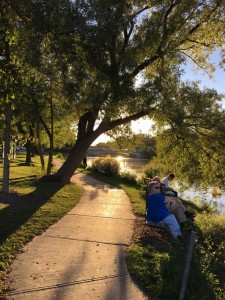 Doris and I toured the warehouse where the props and costumes of past productions are stored. The budget for the Festival is approx. $63 million, but their designs have incredible ingenuity. Here’s a chandelier made out of plastic champagne flutes and plastic spoons: 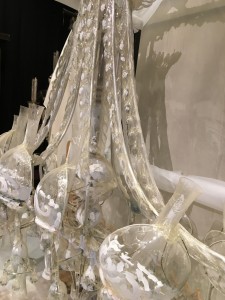 At the end of the tour, we were able to try on some costumes.

One night before a show we ate at a little diner that reminded me of Quincy’s Elders. The best food I ate on the trip was from this restaurant — an apple cinnamon tart. I am convinced it was made with lard. It was so good.

We visited a museum that had costumes from the Festival and had a Narnia exhibit. The curator has a friend who lives in Quincy, IL! 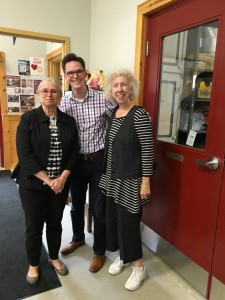 People travel from all over the world on a yearly basis to attend the Stratford Shakespeare Festival, and now I understand why. The attention to detail in the sets, costumes and props is exquisite, but more than anything, you are treated with such care in the hotels, the restaurants and especially at the theaters. It really is the Disney World of theatre. The staff is carefully instructed on hospitality, and their volunteers, called Friends of the Festival, clearly are devoted to the organization. I found it inspiring. It’s the environment I want for Quincy Community Theatre. 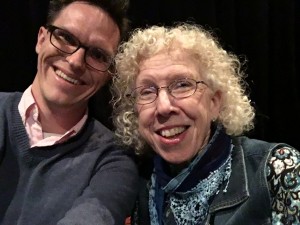