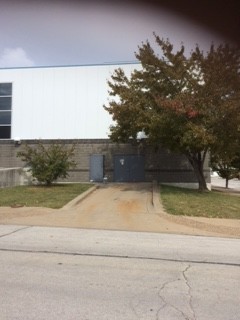 The Oakley Lindsay Center is a large building, not yet quaint, even though it has been the home of Quincy Community Theatre for 21 years. As a small company with a strong history, we look forward to someday becoming quaint. Maybe when stone, iron, and wood become “modern,” steel and glass will graduate to “quaint.” Even so, our home is in this building and we have created our own customs. We mostly park our cars on the south side of the building. The Epilogue Garden smiles at us daily in whatever state it’s in and whatever state we are in. The glass and steel doors, never easy to open, rarely surprise us.

I have a custom, and even though it is quick and not very labor intensive, I am still comforted by it. I have a habit of making a quick glance around before entering the building, like a pilot checking the airplane before takeoff. Kelsey’s classic old Lincoln sleekly stands guard on the street. Brandon’s car, ever the host, places itself in the middle of the lot to allow our patrons space to park near the building while visiting us. Shari’s car, like a favorite pet, usually settles in for the day under the trees across the street. Kelsey Celek and now Janae Lafleur have small functional cars that are like honey bees that light only long enough to perform their tasks before moving on to the next.

And then, there is the driveway to the shop. Paul’s space. That driveway has become a symbol. If we were Charlie Brown, it is where we would look to see if the Doctor was in. Whether it was his old red truck or his mundane white Saturn, aka The Clown Car, seeing them parked there was like knowing the key was in the lock. Even if someone dared to park in that space before Paul arrived, he would often squeeze in. (Okay, probably not with the Corvette.) Maybe it was because he knew the significance of him being in that space, or maybe he just wanted to demonstrate that some hurdles don’t have to be.

Paul Denckla died October 2nd.  For 24 years he was the technical director, set designer, and procurer of all things needed in a theatre building he helped to build:  Quincy Community Theatre. Paul knew the location and purpose of every light dimmer, sound patch port, set piece, monitor, fly rail drop, turnbuckle, and Styrofoam landscape piece. But that was just his job, and he was so much more than his job. He acted in many productions and he directed some. He invested himself in every aspect of the theatre. The staff, the volunteers, his directors, his wives, and his children were like his muse. They inspired beauty and spirit in every picture he created. And he created a couple hundred magnificent pictures for Quincy Community Theatre. He was a presence. He was a search engine before search engines were cool. I don’t know if anyone can truly explain why, but all that worked with him backstage cherished the experience. He was a friend, a teacher, and a student. Sometimes he was a counselor, and Paul was someone who welcomed you, flaws and all. That genuine grin surfaced whether a witty comment came from his mouth or just settled in his head, even if the joke was on him.

Paul invested himself in this community and because of him, we invested ourselves right back. Schools, churches, as well as the restoration of the Washington Theater benefited from his skills and his willingness to improve their facilities. The theatre staff has received many loving comments from our patrons knowing the community lost a true artist. I was reminded by an elderly patron that the value of a persons’ sharing their art is not only how it makes us feel but how much we are willing to share it with others. The performing arts is actually one big share fest and Paul’s artistry holds long-lasting value in our community. We also felt valued by Paul when we worked with him on productions even though we came away with so much more than we gave.

We all send our love to Paul’s family and our humble appreciation for sharing him with Quincy Community Theatre, as well as the entire community.

I still do my customary visual checks when I come to work, squinting my eyes and looking forward to the day we graduate to quaint. As I pan around it is still comforting to see that we still generally follow our customs. I often pause now to look over at Paul’s space, hoping to see if the doctor is in, but I know he’s not. Well, his car is not.