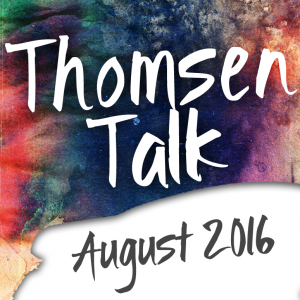 ‘Twas the day after Boot Camp, and not a creature was stirring, not even a mouse (I called the exterminator). On Saturday, there was an event on the Civic Center side of the OLC, and the security guard on duty asked me if we had an event on Sunday. I paused, looked reflectively, and replied, “No?” Note the question mark. It occurred to me that it was one of the few days in the calendar when no one would be at QCT for either a rehearsal, a class or a performance.

And here it is Monday, and here is a list of some of things on which the QCT staff is working:

And I’m writing this Thomsen Talk. But I did also take out the trash.

The Triple Threat Boot Camp is one of my favorite times of the year because the building is filled with so many people, learning, creating, and synergizing. Though there aren’t 64 young people in the building this week, and it’s much quieter, we are still eager and bursting with enthusiasm for the programs we are about to bring our community. As you can see from the list above, we are very busy here, and we are always in need of volunteers….but not to take out the trash. It gives me purpose.