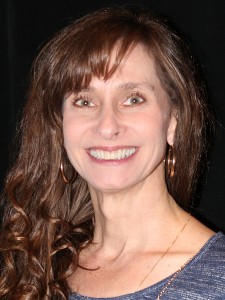 “I am a wild turkey.” These are words Jennifer Fray probably would have never said before starting her QCT story. But seeing as she did, Jennifer does find herself saying those words…a lot.

That’s because Jennifer has the distinct honor of playing Sonia in QCT’s production of the Tony award-winning comedy VANYA AND SONIA AND MASHA AND SPIKE. Jennifer is also an award-winner. Like many, Jennifer was introduced to acting in high school. Unlike many, her introduction won her the “Get Outta Here Fat Face” award, generously bestowed upon her by a grouchy preschooler who kicked her as she was really delving into the part of the witch in Hansel and Gretel.

Jennifer had found her calling. Since then, Jennifer has been involved with the Pike Theatre Guild, the Jacksonville Theatre Guild, and Theatre in the Park; her favorite role being that of Jenny from Love Letters. Of all the audition rooms in all the world, she then walked into ours. She walked into ours a few time, actually. VANYA… will mark Jennifer’s first show with QCT; however, Jennifer has auditioned for several shows and is proud to have been considered “too short” for AND THEN THERE WERE NONE.

But now, her QCT story (and affinity for poultry) has successfully started. Like Sonia, Jennifer identifies with the awkward wild turkeys who thrash about in their sleep and fall haphazardly out of trees.

“When I read the script, I immediately thought of myself as Sonia,” remembered Jennifer. “When I decided to audition, I thought I really wanted to be Cassandra –fewer lines, very funny and memorable. However, I believe that casting me as Sonia was a much better choice. I did have a grandmother with dementia and I am from Pennsylvania.”

Despite all of her self-proclaimed similarities, Jennifer is quick to point out that she is not like Maggie Smith (therefore making the process very difficult) and is the opposite of bitter and complaining. In fact, the entire cast and crew would second that assessment. Jennifer is, instead, the “quintessential Pollyanna. ‘Hugs not Drugs’ is my motto!”

Jennifer’s first QCT experience has, so far, resulted in the accumulation of tons of favorite lines from the show. She’s also come to enjoy the relationship she shares with Vanya (Greg).

“My favorite part about the show is developing those relationships and comic timing,” said Jennifer. “If I can entertain like Carol Burnett or maybe make you cry like Meryl Streep, I have done my job.” 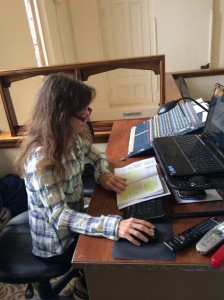 Jennifer Shostak Fray is a transplant to the area originally from the East Coast. She works as a substance abuse counselor at the Wells Center in Jacksonville and as a counselor for the Pike County and Morgan County Drug Courts. Jennifer has been married for 19 years and has a 17-year-old daughter (Juliana) who is the current 2016 Miss Quincy’s Outstanding Teen in the Miss America system.

“I also want everyone to know that Brandon could play every part in this show and be believable. He is super talented and I like working for him.”—Jennifer