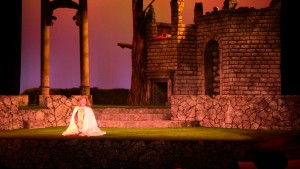 Our 2016 season opens with CAMELOT – the story of King Arthur, his beloved Guenevere and Lancelot, and the fate of his idyllic kingdom. The well-known Arthurian legend and beautiful Lerner & Loewe score make CAMELOT a classic in musical theatre. The original Broadway production garnered multiple Tony award nominations in 1961, and the film version won multiple Academy and Golden Globe awards in 1968. QCT’s production is dedicated to long-time volunteer Russ Goodell, who died last year.

Jeri says, “I love CAMELOT. I love this story. Most especially, I love Arthur.  To me he represents the world the way I want it to be; might for right, right for right.  All those good liberal values I believe in.  He was thrust into a role he didn’t ask for, fumbled along, challenged himself to find an inspiration that gave him a purpose larger than himself.  He found (like most of us do) that living the purpose was much harder than finding it in the first place.  I love the humanness of his emotional and intellectual torment regarding the conflict between the people he loves and believes in, the ideal he loves and believes in, and his flawed efforts to reconcile the two.  And perhaps most of all, I love the sadness in Arthur’s eyes when he realizes it has spiraled beyond his control, and the hope in his voice when he realizes ‘I’ve won my battle…what we did here will be remembered.’” 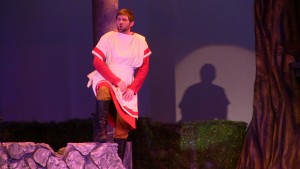 Scott’s appreciation for CAMELOT began at a young age. “When I was a child, my parents bought the LP of CAMELOT with the original Broadway cast. I listened to it over and over, memorized the lyrics and sang the songs all the time. Fifty years later, I’m still singing the songs. I guess there was just something in CAMELOT that spoke to me and continues to do so. Sadly, King Arthur’s vision was thwarted by the weaknesses of others, but who could not be moved by the noble, forgiving Arthur knighting the young boy at the end and sending him off to keep alive the story of the dream and mission of Camelot?”

Ellen was 14 or 15 when she first saw the movie CAMELOT and fell in love with the story. “Thinking back, my 15-year-old self was probably fascinated by the complexity of the relationships between Arthur, Guenevere, and Lancelot. That these three characters love each other, despite Guenevere and Lancelot’s betrayal of Arthur, breaks my heart. Many stories would have Arthur seek revenge, or at least turn his back on those who hurt him, and though that is his initial reaction, he takes the high road, choosing to focus instead on the bigger picture. As an adult, I have more appreciation for the concept of a Camelot, the idea that some things are bigger than ourselves and our personal feelings, and that the ideal is worth fighting for. The last time I saw the stage version was at the Muny in St Louis with Russ Goodell, I thoroughly enjoyed seeing one of the great musical theatre classics with Russ. Russ loved good musical theatre, and he loved QCT, and it is fitting that QCT’s production of this haunting story with its beautiful music is dedicated to this lovely man.”