Skip to content
Home » Blog » What You Do Know…

What You Do Know…

As an adult, or I should say as a person surrounded by wisdom, I sometimes question the benefit of knowing as much as I do. Mark Twain once wrote, “We have not the reverent feeling for the rainbow that the savage has, because we know how it is made. We have lost as much as we’ve gained by prying into the matter.”

I thought of this recently as our Head of Education, Kelsey Celek, was taking questions from an audience of school children about our production of SHREK THE MUSICAL (TYA).  Questions such as, “how did Pinocchio’s nose grow?” or “Was Shrek’s house big enough for him to live in?” and of course, “How could Fiona change from a beautiful princess to a beautiful ogre and back so quickly?”  All of these questions showed the excitement and inquisitiveness of the young audience about the magic of the production. 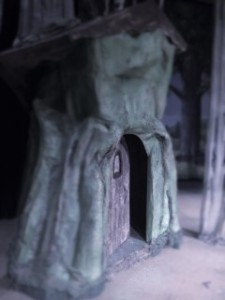 Now she could have responded to all questions with “I don’t know, it’s a mystery!”, but I suppose that defeats the whole point of being an education director. As an educator, Kelsey probably believes that having children inquiring about the magic could be an invitation to someone to bring magic to their own stories. That’s actually a great reason. You know I hate it when I create an imaginary debate and then lose it. For the record, I believe that nothing dilutes magic any more than “too much exposition.”

Usually at this point in my comments I transcend into a plug of some kind. For example, Spring Classes at Quincy Community Theatre. Classes such as: Cinderella Stories, Big Hero 6, Inside Out, Stage Makeup, and Acing the Audition are now being offered. I’ve checked them out. Some magical mysteries will be explored, some challenges will be thrown down, and there will be opportunities to surround yourself with wisdom. You can find out more at the theatre’s Box Office (217-222-3209) or at www.1qct.org/education/classes-and-workshop. We also have scholarships available thanks to our wonderful donors!

Studies have established that children believe in magic and that it may benefit them by enhancing their creativity. Studies even suggest that older children readily lapse back into magical explanations when they don’t want to accept a less exciting possibility. And lastly, studies have established that adults refuse to accept magical explanations and will build defenses against them. However the same studies brought forth evidence to support that, during this transition from childhood to adulthood, magical beliefs move underground to the person’s subconscious.

So, if this is true, give yourself permission believe in magic again. Remember the words of Albert Einstein who said, “imagination is more important than knowledge.” Magic can be real if you let it.

And hey, as always, let’s be careful out there!