Skip to content
Home » Blog » Keeping ’em down on the farm

Keeping ’em down on the farm 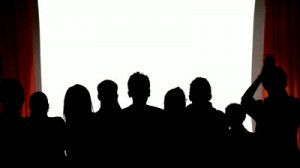 WARNING, this is going to be a long one.  For those with things to do, places to go, people to meet etc., skip to the last two lines.  It sums everything up.

My rock and roll reference for today:

Listening to you, I get the music

Gazing at you, I get the heat

Following you, I climb the mountain

I get excitement at your feet… Pete Townsend

But I’ll start with a song from nearly 100 years ago.  “How ya gonna keep them down on the farm after they’ve seen Paree?” is a World War One era song by Walter Donaldson and words by Joe Young and Sam M. Lewis.  The title has been used over the years by many bemoaning change and the fear of new doors opening promising new experiences and excitement.  I’ve even heard variations of this sentiment among theatre folk.  With all these electronic ways to entertain, how are we going to get and keep young people involved in live theatre?

“There’s a syndrome in our profession—to blame the audience, especially young people,” says Diane Paulus ’88 Harvard graduate, artistic director of the American Repertory Theater. “‘They don’t want to go to the theater anymore—why? They don’t have attention spans. They’d rather be in control, with their personal handheld devices. There are too many entertainment choices. We’re a depraved culture.’   Really?  I’ve always found this deadening, because it doesn’t give you any room to change. We have to flip that analysis and say, ‘Maybe it’s us—maybe it’s the arts producers. Not just the writers and actors but the whole machine—perhaps we have to do a better job of inviting this audience to the theater. “

This was from an article in Harvard Magazine a couple of years ago.  This article also proposed that everyone, those with handheld entertainment devices, and those comme moi, who need larger windows for their entertainment, need to feel to be entertained.  Like electronic games, or athletic games, the theater  audience needs to feel it, to experience it, to be it, not just read or see it.

“If children aren’t exposed to music and art, you won’t develop either artists or audiences as the educational system is a prime engine for nurturing accomplished playwrights, actors, directors, and other theater types.” Robert Brustein, author, director and the founder of Yale Reparatory Theater laments the “unavailability of art and culture courses in elementary school, due to budget cutbacks where the first move is to fire the music teacher.”

At Quincy Community Theatre we have experienced the highs and lows of audience attendance.  The Quincy community has defied some of today’s theatre trends, including those noted by Mr. Brustein, because of the huge community support for the arts and the various partnerships in place to keep the arts in our lives.  It is difficult considering today’s economy, but we believe that live theatre is art and therefore should not always be determined by the marketplace.

Quincy Community Theatre, through the foresight of our previous managers and artistic directors Barbara Rowell, Dominic Cattero, Lenny Bart, and now Brandon Thomsen, realizes that the key to perpetuating interest in live theatre is to develop a strong student theatre program. We partner with area schools, hold classes at our facility, and take a show on the road to area schools and libraries to invite children to feel it, to experience it, not just read or see it. And we shall continue. Kelsey Celek, QCT’s Head of Education, has been working very hard finishing up the Triple Threat Boot Camp, preparing for the fall outreach partnerships and theatre classes, and gearing up for auditions for TREASURE ISLAND.

Meanwhile; LEND ME A TENOR  is deep into rehearsals. This show, sponsored by Edward Jones, opens at QCT on the main stage on September 10th. Our annual membership meeting and the announcement of our 2016 Season will be on September 15th. The Student Theatre production of TREASURE ISLAND, sponsored by Refreshment Services Pepsi, will hold auditions on August 31 and September 1st, opening on the main stage October 22nd.