Skip to content
Home » Blog » The Magic of Mary Poppins

The Magic of Mary Poppins 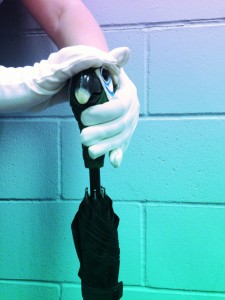 What is it we love most about Mary Poppins? Is it her keen sense of style? Her perfectly-timed humor? Or is it something elusive, something we can’t quite understand: her magic. Mary Poppins is a riddle wrapped in a mystery inside an enigma, and we can’t get enough of her. From bringing toys to life to flying away with nothing but an umbrella, Mary is nothing short of spectacular. Everyone she meets can feel her effects, though it takes a certain something to realize that she is much more than an uncanny nanny.  It takes the faith, trust, and heart of a child to truly see the magic of Mary Poppins.

Mary Poppins arrives at Cherry Tree Lane with help from Jane and Michael Banks, although they don’t know it. The children begin their journey lacking trust in their future and faith in their newest nanny. They believe themselves to be wiser than the adults who try to control them, but they begin to see that their world is not as dull and gloomy as it seems. They begin to rely on Mary, to put their hopes in her hands. Through believing in Mary and the promise she brings, the children begin to notice that things aren’t always as they seem. Before they’ve really taken to Mary, the children experience the effects of Mary’s magic, though they haven’t seen how she works. Neleus mysteriously comes alive when they think themselves too clever for her. The children are the first to recognize Mary Poppins for who she is because they have yet to give up hope. They still possess their innocence and imaginations.

Throughout the musical, we notice several moments when even the adults revert to their former states of child-like whimsy. The first time we meet the park keeper, he is scolding Bert about his pictures when Mary appears behind him from nowhere. She has a mysterious hold on him, though he cannot understand it. When we see him again, he picks up a kite, which he hasn’t flown since he was a boy. When he’s flying it with Bert and the children, he finds the happiness he knew when he was young. It is this happiness that permits him to witness Mary’s magical descent from the sky. Aside from our protagonists, he is the only other person in the park who notices her. When Miss Andrew is battling Mary over their respective “medicines,” Mary administers a healthy dose from her special bottle. When Miss Andrew is finally put in her place and realizes that brimstone and treacle won’t work, she loses that stone-cold demeanor of hers and is whisked away into her own bird cage. We can see several moments in the show where the adults’ armors begin to crack; it becomes a game to look for them.

In this musical adaptation, the parents are as much in need of Mary’s help as their children.  George, perpetually stuck in his own mind and responsibilities, refuses to give Mary Poppins power. Winifred, who is constantly berated by her husband (whether he intends to hurt her or not), is left to fend for herself. Her loneliness creates a wall that prevents her from experiencing the joy she once felt with her family. When she reconnects with her children and even Robertson Ay, she begins to feel Mary’s effects. However, every time George tears her down, the effects diminish. It isn’t until the end of the musical that George and Winifred have reconciled with their family that their childlike spirits return, and by that time, Mary Poppins is no longer needed. The children weren’t the ones who truly needed help to see the world more “upside-downish;” it was their parents who needed reminding that growing up doesn’t mean giving up.

To see Mary’s magic, one needs faith, trust, and hope. When we read or watch her adventures, she brings us into the story with her: that’s her first magic “trick.” We are right there with her because she reminds us what it is to be young and gives us hope that the Banks family will not lose their way. She inspires us all to look inside ourselves and recapture the spirit of joy in life that we may have lost along the way. The beauty of lost things is that they can be found, and Mary serves as our compass, leading us home. She teaches us that no matter where we are going or where we have been, we can still find the magic inside our hearts.