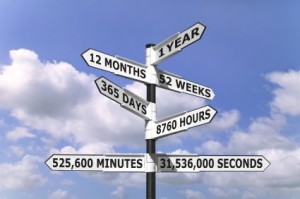 -So, Mr. Executive Director, it’s been a year now. How are things?

-Oh, I remember what you said when you started. “I love this place!” “I am going to do this..”  and  “We are going to make sure this theatre is this and that..!”

It has been a wonderful, fast, yet crazy year. I’ve had to learn how to do some things. You know everything that’s gone on. We’ve had staff vacancies…

-Really?  You’re giving me excuses?  Who do you think is writing this? I know how this blog ends.

Well if you know what has gone on.  Why are you asking……

-I want to hear you say it out loud.

After guest directing that show Brandon Thomsen came on as the new full time Artistic Director.

We started on a search for a new Education Director, while continuing our outreach program. I hired a guest director for And Then There Were None.

-It was good to see new faces alongside QCT’s veteran actors. And a new QCT romance!

We launched the promotion for our new season, going out to talk to corporate sponsors, and season ticket holders.

-Not as easy as you’d think, huh? Your season choice probably helped.

Our production of A Christmas Carol was unique and well received.

-It was. I understand that company still gets together now and then.

The 2015 season began with a new Student Theatre Director.  Honk! Jr. and Monty Python’s Spamalot were a lot of fun.

-Your duck face on Facebook was pathetic.  Otherwise a great start to the season.

Well, I hadn’t hired one yet but Terri Stutheit coordinated costumes with that cast, and it really turned out well.

-A real savings for the theatre….. and your backside.

I still laugh thinking about the reincarnation line, the bra factory and the wedding chapel scene.

-And I laugh thinking about how lucky you are.

The student theatre company really had fun telling the story of Stellaluna.

–That was a fun show; the owl made from old phone books was a nice touch.

And now Mary Poppins is about to go up. Another big summer musical. So yes, it was a pretty good year.

As you well know, we’ve been very busy and…

–Again with the excuses?

But Connie Phillips has volunteered to coordinate costumes for Mary Poppins.  She and Margot, our intern, have really done a great job.

OK! I know, but we now have some interest in the position and are scheduling interviews.

Well I am the executive director so it was my responsibility to….

….Yeah I know, help everyone do their job and stay out of their way.

–A pretty good year indeed!  Happy Anniversary to us all!

With staff and volunteers’ skills and with continued luck, who knows what next year will bring?  ……And as always!  Let’s be careful out there.