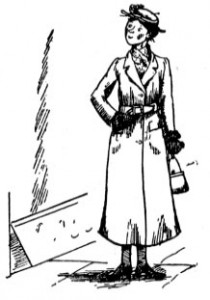 What do you think when you hear “Mary Poppins?” You’ve probably got a vivid image of a particular song or scene that stuck with you through the years. Maybe it’s a particularly memorable chapter of the book series. It could even be Bert tap dancing upside down. Everyone has something special they love about Mary Poppins. What is perhaps the most exciting aspect about this musical is that it draws from both the original P.L. Travers novels and the classic Disney film. This adaptation combines favorite moments from the movie with other grand adventures from the books and new music from the songwriting duo behind Honk! Often, when books and movies are adapted for the stage, they face the challenge of distinguishing themselves from their source materials. Of course we say the musical Mary Poppins is not the book, nor is it the movie, but a completely unique experience. Not only do we get to relive some fond memories, but we get to create some new ones, too!

The basic structure of the musical’s plot is similar to that of the film: the Bankses are in need of a nanny, Mary Poppins arrives to teach them how to love and enjoy the world around them, and the broken family is healed. Like the film, it takes several of the books’ miscellaneous outings and strings them together in a cohesive story. However, it is where novel, movie, and musical differ that the most intriguing nuances dwell.

Character personalities shift between the mediums. Mary, for example, was not quite the loving, cheerful nanny of Disney’s film. In Travers’ stories, Mary was more strict, sarcastic, and vain, though still the mysterious, magical woman we adore. One of Mary’s favorite pastimes was shopping, but not purchasing. Rather, she liked to pass in front of the shop windows and admire her reflection. The two oldest Banks children, Jane and Michael, are more dynamic than their novel counterparts, but the infant twins, John and Barbara, are completely omitted from both the film and musical. Mr. Banks still works at a bank and struggles with delegating time between work and his family, but Mrs. Banks is a former actress rather than a suffragette. Where Bert is concerned, all three depictions are relatively similar, although he never does meet the children in the books.

We also get to meet a few new characters in the musical that are not included in the film. Rather than venturing to Uncle Albert’s for tea, we trek to Mrs. Corry’s talking shop to visit her and her two daughters, Annie and Fannie. Although Mrs. Corry made a brief cameo in the Disney film, her role is expanded for the musical. She is responsible for selling Mary and the children the letters to spell “supercalifragilisticexpialidocious,” as well as their gingerbread pieces with gingerbread stars. Also introduced is Mrs. Brill’s bumbling sidekick, Robertson Ay, a clumsy young man with the best intentions for the Banks family. The entire cast of characters weaves a special thread in the show’s web, creating an elaborate and whimsical story for all ages.

Many of Travers’ tales are still unused, such as the dancing cow, Christmas shopping with the stars, and traveling around the world in one minute. Some were left out for good reason. Mrs. Corry, for example, is actually made of gingerbread and would break off pieces of her fingers to feed the children. She and our heroes would also hang the gingerbread stars in the night sky. The children also take a trip to the zoo on a full moon, where they find that the animals have taken charge and can actually speak. One of the sadder stories is of the twins. When they were infants, they could speak with the sun and nature around them, as well as Mary Poppins. When they began teething (and therefore growing up), they lost this ability, as Mary warned they would. The adventures are spread out over a series of books, one of which is actually a cookbook!

This musical adaptation of Mary Poppins follows a recipe of its own: something old, something new, something borrowed, and you. Mary Poppins is what you make of it. Mary isn’t here just to sing and have a good time, but to teach us all about the world and ourselves. With an open mind and an open heart, anything can happen if you let it.