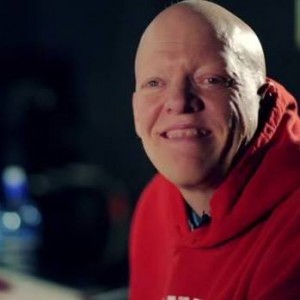 Without Don Johnson, Quincy Community Theatre would be a very dark place indeed.

It’s difficult to remember a time when Don wasn’t a part of the theatre. We have TO KILL A MOCKINGBIRD to thank for that. It was in 1998 that Don opened the Quincy Herald-Whig and saw, to his delight, that there would soon be auditions for the stage adaptation of Harper Lee’s famous novel. As TO KILL A MOCKINGBIRD is Don’s favorite book and movie, there simply was no question; Don had to audition. And when Don was cast as a townsperson, his life was changed forever.

Don, the son of Dean and Georgeen Johnson, was born with Cerebral Palsy affecting his left side. When he joined the cast of TO KILL A MOCKINGBIRD, Don found a new calling.

“QCT has impacted my life by giving me an outlet, a place I can be me, from my first show when Barbara Rowell helped me get over my fears of people seeing my left side to the family we all are during a show,” said Don.

And over the past 17 years, Don’s QCT family has grown by leaps and bounds. After his first show, Don explored other volunteer areas such as running crew and properties. Yet, nothing spoke to him quite like the light board. Since TO KILL A MOCKINGBIRD, Don has worked on over 100 productions, including main stage shows, student productions, pageants, concerts, recitals, etc. You name it, Don lit it.

“My favorite show to light was ALL of them,” said Don. “Each show has something in it that I love. The most challenging was SEUSSICAL. I remember there being 40 light cues in the first song alone. Normally, we average 75-100 cues for the entire show.”

No matter the challenge, Don is always at the ready. To him, theatre is important because it takes people away from their real lives, if only for a few hours, and brings out so many different emotions in people. As he helps our organization continue to grow bigger and better, Don hopes that new volunteers take the plunge as well.

“If you have the time to give you will never regret your decision to volunteer to put smiles on the faces of others,” remarked Don. “Theatre has changed my life, from acting in a show to moving sets, running props to lighting the stage, QCT has made me a happier person.”