Skip to content
Home » Blog » Oh, what they said.

Oh, what they said.

We’ve put away the castle towers; the Ni –sayers are mumbling new words to no one listening;  rabbits, cows and chickens are again safe to roam the minds of pacifist story-tellers.  But what happens to the humor when the show closes? Where does it go?  Many will remember the humor of MONTY PYTHON’S SPAMALOT. We laughed at the gags that worked and the witty and clever delivery. The words and messages are still with us; at the ready for us to repeat them at just the opportune moment.

Personally, I couldn’t remember a joke three minutes after I heard one, even the ones I thought were hilarious. If I tried to re-tell a “Three guys walk in to a bar” joke I’d give the punch line for the first guy and who knows what I’d say about the other two. I do hide a spot in the brain, however, for those statements that point out the humor of the obvious.  Some could be situational, some international.  Such as, from SPAMALOT, “Are you suggesting that coconuts migrate?”  or “You can’t expect to wield supreme executive power just because some watery tart threw a sword at you!” 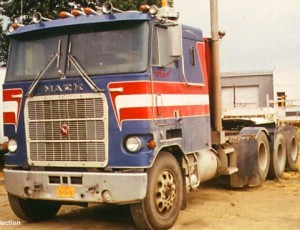 There are also many such quips in Mama Won’t Fly, Quincy Community Theatre’s next production (April 30th, 2015 through May 10th, 2015). This hilarious story is about a race with the clock as daughter Savannah Honeycutt agrees to get her feisty mother all the way from Alabama to California in time for her brother’s wedding.  On one of their last legs of the trip, bouncing around in the sleeper of a caffeine crazed trucker, Mama Norlene whispers to her daughter, “This guy is proof of reincarnation, no one gets that stupid in just one lifetime!”  The old trucker, Red, later reminisces , “ ..I admit my wife brought religion to my life.  I never believed in Hell until I married her!”

Plan now to get your tickets to this action-packed and laugh-filled play.

So, I end with some examples of my favorite interpreter of the obvious, George Carlin.  “No one can really know for sure what a deserted area looks like.” Or “What does it mean to pre-board?  Do you get on before you get on?” and “When you step on the brakes, your life is in your foot’s hands.”

And with that remember: enjoy Spring, experience live theatre, and, as always, let’s be careful out there!