Skip to content
Home » Blog » Ode to a Score

Ode to a Score 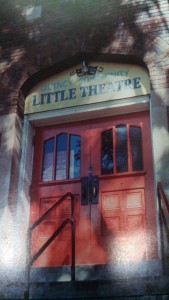 ‘Twas April 1989 when Quincy Community Little Theatre joined forces with the Civic Center Authority to pursue funding for a Civic Center/Theatre Complex. Quincy Community Little Theatre agreed to raise 1.25 million dollars for the project. By May 1991 $560,000 had been raised and a challenge grant of $400,000 was issued by the Oakley Lindsay Foundation if QCLT could raise $850,000. By the summer of 1995 when construction was nearly finished, QCLT had raised $1,018,000 in addition to the Oakley Lindsay Foundation grant.

Rehearsal For Murder was the last QCLT production at the 13th and Payson building in July 1995. Within days, the move began. Pickup trucks, borrowed trailers and the old blue Dodge Van carried much of our beloved possessions to the new facility. Those “not so beloved” found new homes. Our first production at the new Quincy Community Theatre was called Memories and was a tribute to many of the memorable productions that had been shown at the “Little Theatre”.

This will be our 20th year at 300 Civic Center Plaza. We have grown into our state-of-the-art facility. It continues to serve us well. And this theatre, like many of us who’ve been in one place that long, though going strong may have some things needing to be repaired, replaced or refined. With me most people would suggest it is that “more refined” thing.

Back to the present, new student theatre director/Head of Education Kelsey Celek has arrived and she and her team are swimming toward the opening of our first show of 2015; HONK, JR. Daniele Held, fresh from her contracted gig as costumer for A Christmas Carol has joined us as full time Costumer. At the same time Brandon and his team are getting ready for auditions January 12 & 13, 2015 for the Season Ticket opener, MONTY PYTHON’S SPAMALOT.

2015 Season Tickets are on sale and will be until SPAMALOT draws neigh or is it nigh, or just ni? Make sure you have renewed your season tickets and invite your friends, neighbors, relatives and co-workers to experience the fun and excitement of live theatre in Quincy, Illinois. We hope to have a celebration in late summer to celebrate our 20 years at 300 Civic Center Plaza and to remind all of us about why we love live theatre and specifically why we love Quincy Community Theatre. In the meantime, it’s winter in Quincy, Illinois so “Let’s be careful out there!” 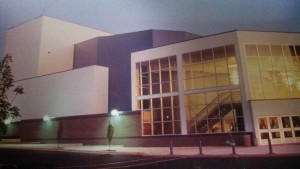