Perhaps one of the most iconic symbols of Les Misérables is the cockade rosette pin that the Friends of the ABC wear in the battle. They’re very famous and sell like hotcakes on Etsy. But what exactly do they mean? The blue, white, and red are clearly the colors of the French flag, but the symbolism goes far deeper than stripes on a flying rectangle. 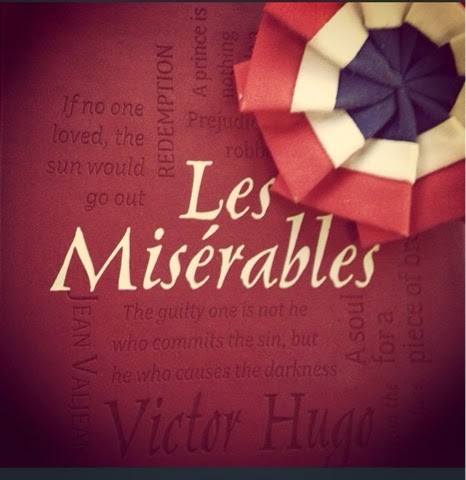 The cockades date all the way back to the 17th Century as an identification for the various military forces in Europe. Each soldier was in charge of his own uniform and because there were no regulations on attire, many soldiers died in friendly fire. Cockades were pinned on the hats and jackets of the soldiers to identify themselves amongst each other.
By the time the first French Revolution came about, the cockade was symbolic of the people’s movement. The blue and red were the regional colors of Paris; the white was the color of the king. Louis XVI pinned on of them on his lapel to show his support. Of course, the gesture was mostly for show, but those who wore the pins were thought to be followers of the cause. As the years rolled by, the cockade became an emblem of France itself. People throughout the country wore them in support of France, regardless of their affiliation. They began to appear in other forms, too, such as decoration on women’s shoes.
By the time the June Rebellion came about, the tricolor pin became a symbol of the Republic. The wearers rejected the current regime and stood for “the world they longed to see.” Though Enjolras and his friends took these pins to be a pledge of brotherhood, those who didn’t adorn themselves with the badges lived in fear. With revolution comes bloodshed and death. The revolutionaries were viewed as dangerous radicals that threatened treason and terrorism. Think of it as our modern symbol for anarchy: with the promise of change comes the promise of chaos. Equality comes at a cost, which could destroy the lives of the students, their families, and anyone else caught in the crossfire. That’s truly the heart of our barricade boys and their fight for justice and equality: freedom at the price of freedom.